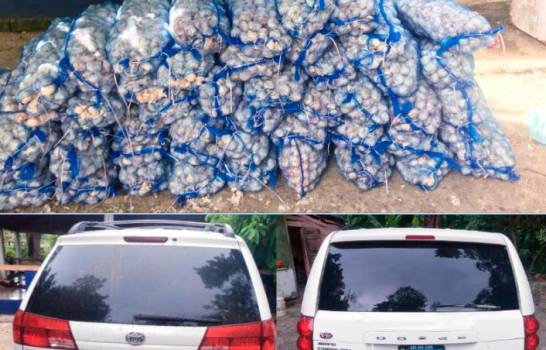 The Puerto Plata police authorities investigate the origin of two vehicles loaded with garlic found abandoned in the Guananico municipality of this province.

It is a Toyota minivan, gray, plate I037739, and the other Dodge brand, white, plate I085994. In the interior of both vehicles, authorities found 52 bags full of the said product.

The police report indicates that the two minivans raised suspicions after being parked for several hours in the vicinity of an alcoholic beverage business in the La Sabana community of Guananico, for which the city called the uniformed officers.

The inspector Jhon Manuel Mercedes Francisco and the National Police members, who proceeded to open said vehicles, found themselves in the 52 sacks of garlic.

So far, they have not reported the arrest of any person related to the shipment.