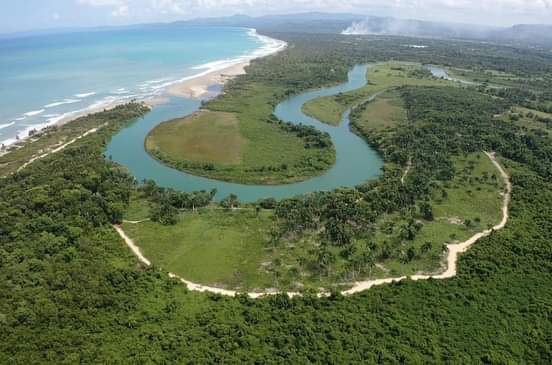 The Environmental Commission of the Autonomous University of Santo Domingo (UASD) asked the environmental authorities to stop the Boca de Yásica tourism project in Cabarete for causing significant damage to a wetland.

An expert report on the decline carried out on the site by the Environmental Commission of the UASD and signed by professors Luis Carvajal, Milton Martínez, and Milcíades Mejía suggests immediately halting the interventions that are affecting the coastal wetland and the lagoon of Cabarete.

The report was sent two weeks ago to Judge Francisco Contreras Nuñez. He is the Attorney General of the Court, Head of the Specialized Attorney for the Environment and Natural Resources Defense.

They ask for the annulment of any authorization that would allow the project to continue altering the physiographic, hydrological, biotic characteristics or the ecological dynamics of the wetland formed at the mouth of the Yásica River.

“The scenario observed, and the information reviewed during this assessment leads us to the general conclusion that the interventions carried out and those contemplated in the Ritz-Carlton Reserve project constitute a threat to the complex and fragile coastal wetland formed by the mouth of the Yásica River,” the report states.

They propose creating a management plan for the area that includes the floodable zone at the mouth of the Yásica River and forested areas between the municipal districts of Cabarete and Sabaneta de Yásica in the eastern part of Puerto Plata province.

They also suggest elevating the Boca de Yásica to the status of Natural Monument and immediately initiating remediation and restoration actions to stop the degradation of the altered ecosystems, as established by Law 202-04 on Protected Areas and Biodiversity, according to El Día.