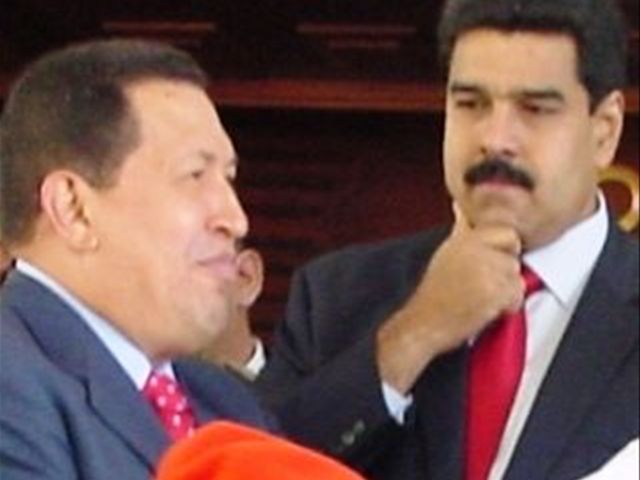 As with so much in politics it isoften what is not seen, said or fully understood that drives events.

This is particularly so in the caseof Venezuela’s changing relationship with the countries of Caricom.

In recent months Caracas has beendeepening its sub-regional relations and has escalated its border dispute withGuyana. It has also encouraged Caricom to be less than emphatic in its supportfor Georgetown’s position.

At the same time it has been movingrapidly to consolidate its relationship with, in particular, the OECS, Trinidadand Suriname by offering increased levels of support or investments, largely throughits concessional PetroCaribe oil and development assistance programmes.

Such generosity, however, comesagainst an unlikely backdrop.

On December 6 President Maduro will face challenging NationalAssembly elections; there are differences between powerful individuals withinthe ruling party; inflation is estimated by government to increase by 85 per centthis year, although external analysts put the figure at between 150 to 200 per cent;there are shortages of items such as food, medicines and basic consumer essentials; crime is at an unacceptablelevel; oil revenues, which account for 96 per cent of Venezuela’s exports, arefalling; and there are shortages of foreign exchange.

The Venezuelan Government has saidthat it believes that these internal problems and the turbulence it faces are beinginduced by the external and internal forces that oppose it. However, more likelyfactors are economic mismanagement, falling global energy prices, and anapproach that at times appears to place internationalism above first managingand delivering efficiently much needed domestic economic and social programmes.

As a consequence there is now a widespreadview that President Maduro’s ruling PartidoSocialista Unido de Venezuela (PSUV)may lose its majority in the National Assembly.

Irrespective, President Maduro has saidon state television that in such a “negated hypothetical scenario” he would “governwith the people, always with the people and the civil-military union.” “Therevolution will not be surrendered ever,” he said in answer to a question. “With the constitution in hand, we will pushVenezuela’s independence forward, whatever the costs, in any way”, PresidentMaduro said.

What is now clear is that despiteits internal problems, Venezuela has decided to expand its PetroCaribeprogramme and deepen its relationship with Caricom at all levels.

Although little detail emerged fromthe PetroCaribe summit held in Jamaica on September 7, Venezuela proposed atthat time a number of initiatives: the creation of a Caribbean economic,commercial and financial space; the consolidation of energy security and energysovereignty for the nations and associate members of PetroCaribe; a Caribbean commonsystem of social provision against hunger and poverty; and the creation of acivil defence mechanism against major natural disasters along the lines ofCuba’s successful existing model.

Since then President Maduro and hisministers have been seeking to consolidate this approach and have visited Antigua,St Lucia, Dominica, St Kitts, Grenada, St Vincent and Suriname. A summit isalso expected to take place soon with Trinidad’s new Prime Minister, Dr KeithRowley following a first meeting in Caracas on October 26 of the High-levelcommittee for Venezuela-Trinidad and Tobago bilateral relations.

In St Vincent, arguably theAnglophone Caribbean nation that President Maduro is closest to, made clearthat he saw PetroCaribe as “the backbone of the energy, social, economicdevelopment of our region.” In an apparent reference to the US he said that theCaribbean now had before it two models; “either we work together” or continueto work in isolation of each other, he observed. Elsewhere he spoke about a plan to curb theregion’s high import bill; the establishment of high level bilateralcommissions; a trade hub; and supporting pan-regional transport arrangements.

In Antigua a strategic alliance wasformed involving Venezuelan investment, and according to the island’s PrimeMinister, Gaston Browne, a new economic paradigm emerged that will involve ‘takingthe best aspects of capitalism to generate profits for the collective benefitsof the masses’.

In other visits there were further offersof Venezuelan support.

In Grenada these includedprospecting for offshore oil and gas and the delimitation of maritimeboundaries; in St Vincent, support for the completion of the country’s newinternational airport; in Suriname the purchase of rice previously obtainedfrom Guyana; and a new joint security and information sharing arrangement withTrinidad and most likely, an agreement soon on the monetisation in Trinidad of Venezuelanoil and gas in adjacent plays.

Despite this, it remains unstated wherethis may eventually lead or how far Venezuela’s partners in Caricom see therelationship moving beyond economic support.

At one level Venezuela’s regional strategyappears to be genuinely motivated by a philosophical desire to see moreequitable development across the Caribbean basin in ways that reflect itssocial thinking and that of Cuba. However, at another it is seeking to broaden resistanceagainst what it regards as ideological and economic pressure from the US. It alsoreflects a desire to counteract the influence of multinationals like ExxonMobil, which recently made a massive find of oil off Guyana, but to which Caracaspotentially owes US$1.1 billion as a result of a World Bank arbitration awardrelating to expropriated assets.

But beyond this, President Maduro’srhetoric in regional and hemispheric meetings seems to imply that Venezuela also sees in the expansion of itsPetroCaribe related programmes the opportunity, over time, to develop new globalvoting blocs within the hemisphere and internationally, and change politicalthinking.

Such developments come at a timewhen the US and Europe are continuing to lessen their role in much of theregion, Chinese economic engagement is increasing, there is renewed Russianinvolvement, and positive new sub-hemispheric political vehicles like CELAC (The Community of Latin American and Caribbean States)are emerging: all suggesting a rebalancing of relationships and power in a way thatmay take the region into a new era in its post-colonial history.

Global and geo-strategic context iseverything. Venezuela knows this. However, in recent years it is an approachthat has largely been set aside in Europe and North America when it comes to theCaribbean.

Whether Caricom can survive intact orreconcile the pressures that may emerge from a process so far largely determinedby economic need; what the long term effect of changed relationships on theregion’s already fragmented politics and foreign relations will be; and howthis may relate to other regional divisions now emerging is the subject of nextweek’s column.