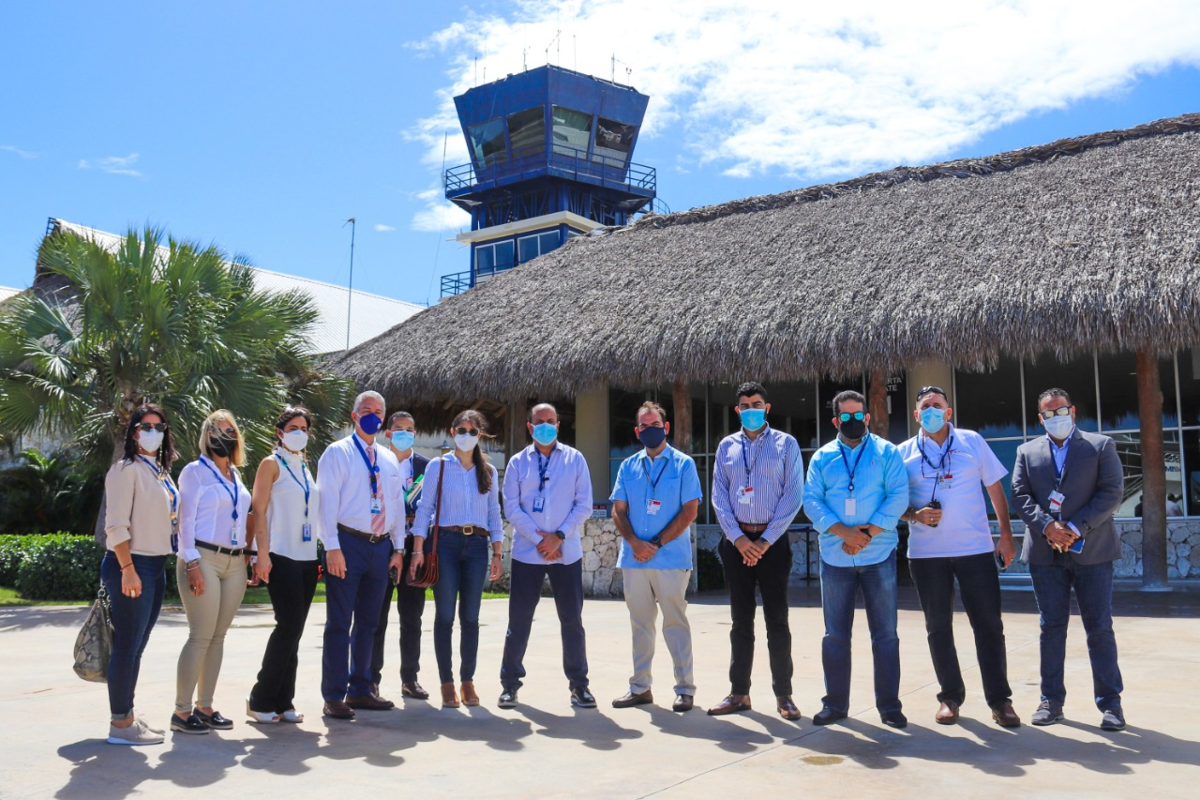 BY ESTABLISHING A CONNECTION WITH AT LEAST 32 INTERNATIONAL AIRPORTS

The general director of the Dominican Institute of Civil Aviation ( IDAC ), Román E. Caamaño, affirmed that the Dominican Republic remains among the countries with the highest recovery rate in aeronautical activity by establishing a connection with at least 32 airports international.

When participating in a supervision tour of the technical and administrative facilities of the entity at the Punta Cana International Airport, Caamaño revealed that only in the said terminal, the weekly average of flights is 220, with a growth projection for April.

“This is good news for Dominican tourism and a sign that the policy drawn up by President Luis Abinader and Tourism Minister David Collado, with the support of the authorities of the aeronautical sector, have begun to bear the expected results,” said Caamaño.

The official visited Punta Cana to continue the tours he makes through the main airports in the DR to exchange directly with IDAC collaborators to improve the work environment and technical and administrative operations in each of these facilities. He had previously visited the Gregorio Luperón International Airport in Puerto Plata and the La Romana International Airport.

During his third tour, in which several directors of the IDAC accompanied him, he was received by the terminal director, Giovanni Rainieri, together with the Air Navigation Services supervisor, Luis Leonardo, and the Administrative Coordinator Emmanuel Álvarez.

The visit included the supervision of the administrative offices, which he shared with his staff and promised to initiate the physical improvements that are required; He also toured the Control Center, the Control Tower, and the area where the GPS Signal Augmentation System is installed, which allows aircraft to land using only satellite signals with a level of precision that allows an error of only one meter.

Caamano also declared that the initiative to approach and interact with the institution’s collaborators reflects the IDAC’s new vision of making more efficient management at the service of the national interest.