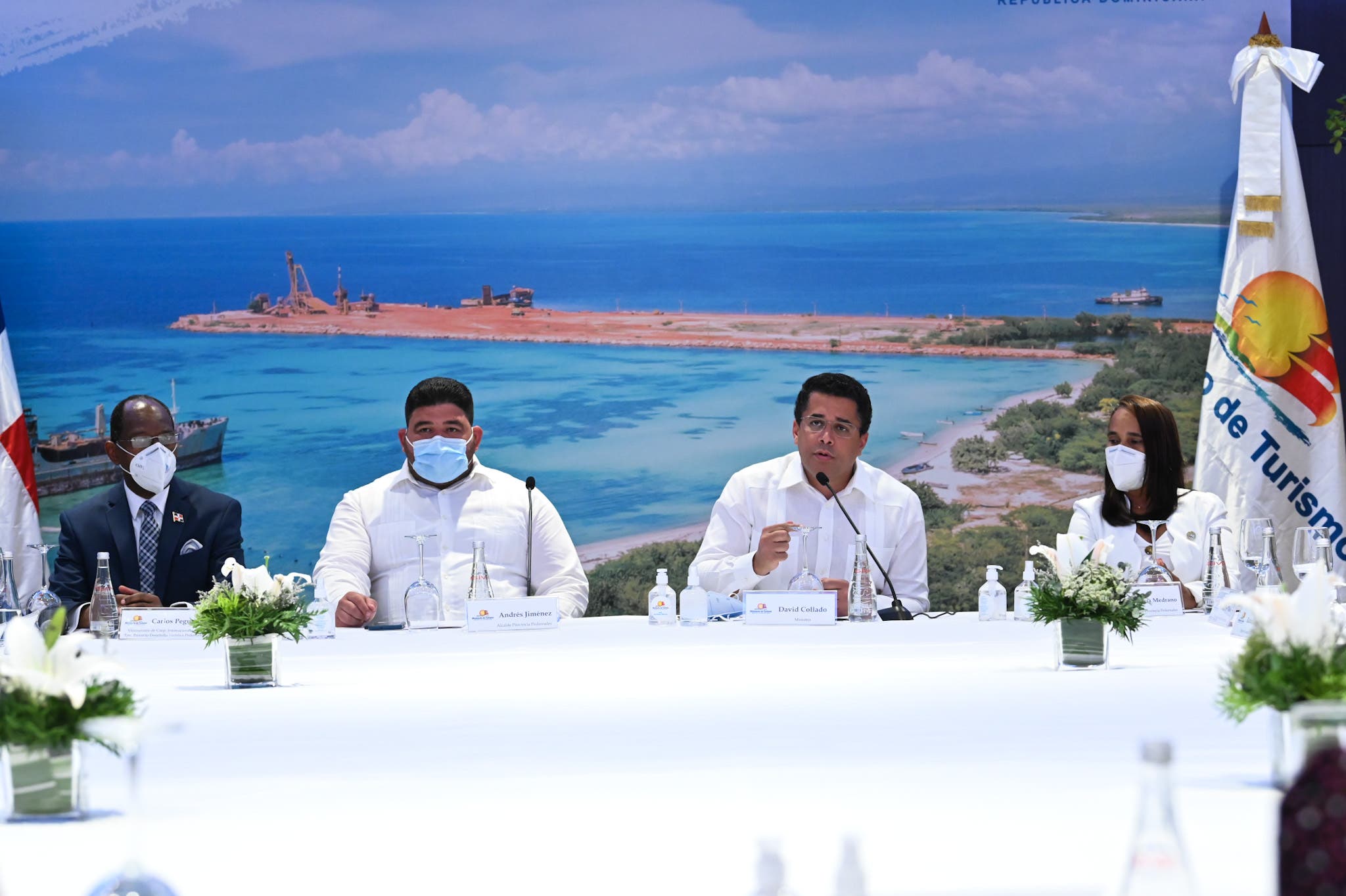 The Minister of Tourism, David Collado, assured that Pedernales, after its tourism development, will lead to more than 15 thousand jobs and more than one billion dollars will be invested in the first phase.

He explained that by mid-2021, infrastructure works would begin to be executed, guaranteeing the sustained and programmed development of the tourism industry in this southern province.

As part of the Plan, the Ministry of Tourism (Mitur) and the Mayor’s Office of Pedernales signed an inter-institutional agreement to elaborate a Municipal Land Management Plan that will guarantee the sustained development of the municipality.

Collado signed the agreement; the mayor of Pedernales, Andrés Jiménez; the vice minister of Tourism and coordinator of the Pedernales Development Project, Carlos Peguero and the director of Public-Private Alliances, Sigmund Freund, in a ceremony held at the El Embajador Hotel, a Royal Hideaway in Santo Domingo.

“The signing of the agreement will initially involve an investment of US$1 billion, while in a second stage, US$1.6 billion will be invested and will be part of a public-private partnership trust,” informed the minister.

It will also include constructing an international airport and infrastructure works, which will provide around 50,000 direct and indirect jobs.

The plan will be the technical and normative instrument through which the occupation, use, occupation, and transformation of the physical space will be regulated in the short, medium, and long term, in such a way as to achieve a balance between the attention to the social and economic needs of the population and the conservation and protection of the environment.

Collado emphasized that the Tourism Development Plan will be carried out in harmony with the environment, comprehensive planning, and organization.

On his side, the mayor of Pedernales, Jiménez, affirmed that the transcendent Plan and its development had arrived thanks to President Luis Abinader and Minister David Collado, which is the desire and feeling of each resident for the province to become one of the main tourist destinations of the country.