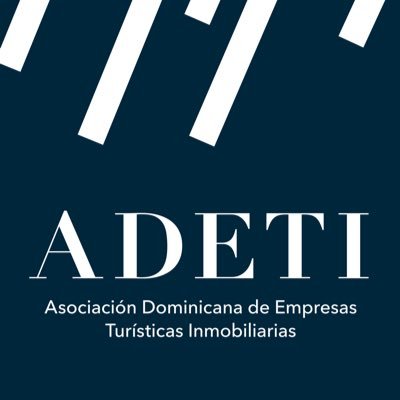 Fifteen years ago, real estate tourism was not very well known in the Dominican Republic; it was not discussed so often. However, the fact that there is US$10 billion invested in the sector is a reason to mention it.

In real estate tourism, foreign investment has been a critical element. For example, 70% of the investment in Cap Cana is American and Canadian; the other part is mixed, between European and Dominican.

“In the past two years, Dominican investment has increased, and that this has happened has an explanation, said the president of ADETI, Jorge Subero Medina.

He explained that “these are Dominicans who have come looking for a first home, or Dominicans who began to make different investments to make that home, for a foreigner to buy it. They have done it as developers, which means concretely that many Dominicans have become housing developers”.

He said that tourism is one of the pillars of the Dominican economy, and this has been evidenced in the current context of the world crisis (due to the covid-19 pandemic and then the Russia-Ukraine conflict); if one looks at the fact that in the country’s recovery, the sector has been of great significance concerning recovery, according to El Caribe.

“For example, in May the Monthly Indicator of Economic Activity registered a year-on-year growth of 4.8 %, for an accumulated variation of 5.6 % during the first five months of 2022, when compared to the same period of 2021. Seen in particular, hotels, bars and restaurants increased 35% (Central Bank data),” he added.

The also executive president of Cap Cana said that “this has been happening that within general tourism the contribution of real estate tourism has not been accurately measured, so ADETI, has begun to address the issue a bit, and wants to see it from the arrival of the tourist to the country and segmentation, which has not been done with breakdown yet.”

Concerning the documentation, Subero Medina informed that “this continues to worry the real estate tourism sector, and generates stress the fact of having to go, at least, eleven times to different institutions to obtain a permit for a real estate tourism project.”

“Depending on the lot, one has to go, for example, to Mensura Catastral, Registro de Títulos, City Hall, Ministry of Tourism (Mitur), Confotur, Obras Públicas, Ministry of Finance, Dirección General de Impuestos Internos (DGII), to Codia (if it is construction), and to see the part of the condominium regime,” he added.

The president of ADETI valued that very concrete steps have been taken in favor of the digitalization of the permits because this eliminates bureaucracy, avoids that people are putting their hands on the documents, and increases the deadlines. It raises them because it allows that even if an institution has closed at three o’clock in the afternoon, “you have the possibility of uploading a document until eleven fifty-nine o’clock at night.”