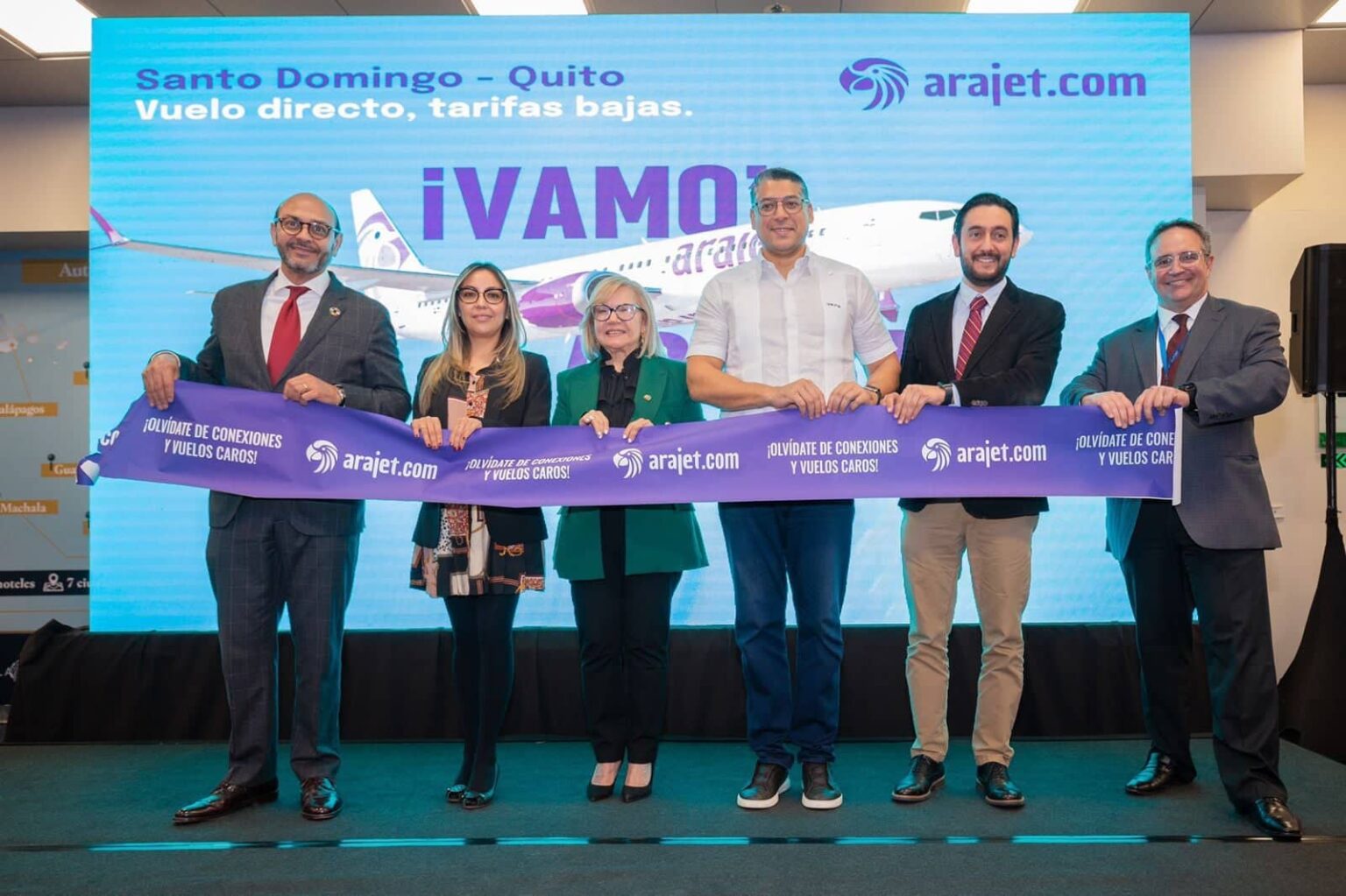 Two new routes from Las Américas International Airport (AILA) to Quito (UIO) and Guayaquil (GYE) have been launched by Arajet. Additionally, he revealed that in just two months, more than 67,000 tickets had been sold, exceeding their projections. In accordance with a statement, the airline is making aviation history by inaugurating service between Santo Domingo and Quito on Mondays and Fridays and between Guayaquil on Thursdays and Saturdays.

With the addition of the two new routes to Quito and Guayaquil in Ecuador, the current route network of Arajet will now connect Santo Domingo with North, Central, and South America as well as the Caribbean. Dominicans will now have new direct flight options with the best services and the lowest market fares. The CEO and founder of Arajet, Victor Pacheco Méndez, stated that “offering the lowest rates to the Dominican public is allowing us to build affordable air travel for our passengers, which has caused an extraordinary response.”

The fact that our sales have surpassed expectations in the first two months is what’s causing Arajet to grow so quickly. “We are already on track to deliver 19 routes connecting Santo Domingo with 11 countries in the Americas in 2022,” he continued.