The year the Greens woke Dominicans from stupor 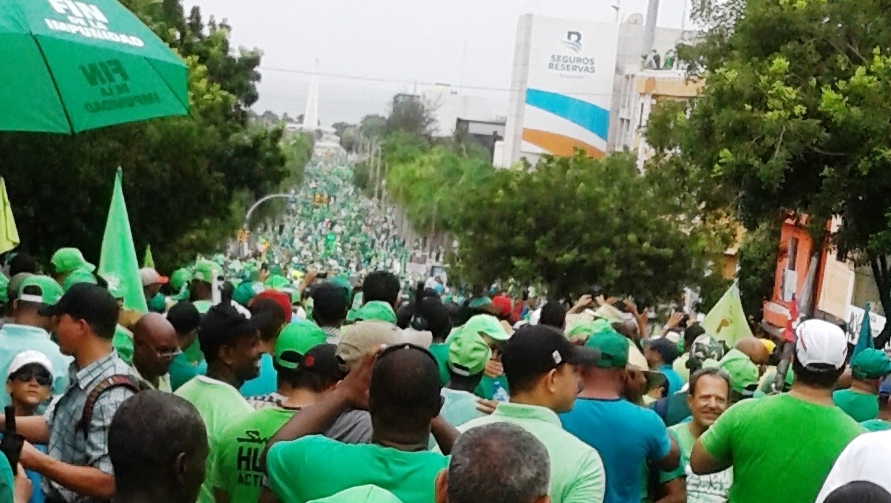 The Big one on the Churchill

Santo Domingo.- The Odebrecht bribery scandal, an unprecedented social mobilization against corruption in the Dominican Republic, set the agenda by striking the two main political parties and has rocked president Danilo Medina’s popularity.

The Odebrecht case’s long reach, stemming from the admitted bribe of US$92.0 million in exchange for lucrative contracts between 2001 and 2014, shocked Dominican society which this year took to the streets by the tens of thousands to protest corruption.

The citizens’ weariness in the face of corruption and impunity was evident in six large marches in various parts of the country, by the grassroots movement “Marcha Verde” (Green March), which emerged in January after the Odebrecht case and which brings groups numerous social organizations.

After its successful protests the Greens now set the course  to set in 2018 to continue demanding the end of impunity and convictions in the Odebrecht case.