Many ‘queers and dykes’ look to reach Congress: top consul 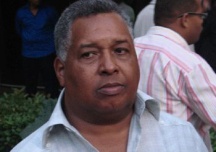 Santo Domingo.- General consul in Sao Paulo, Melton Pineda on Thursday questioned the aspirations of reaching Congress of people who, according to him, are gay and lesbian.

“Morality and discreetness in Dominican politics left us: how many queers and dykes aspiring to the National Congress and that dozens sneaked into the town halls. Well, you have the right, but behave yourselves, ahyyy zas zas zas zas serpent,” Pineda said.

The also journalist, who was appointed as consul general in Sao Paulo by President Danilo Medina in November, has previously been questioned for making comments against tattooed women, which he accused of being vagrants and sex workers.