Digesett and National Police promise the end of motorcycle racing 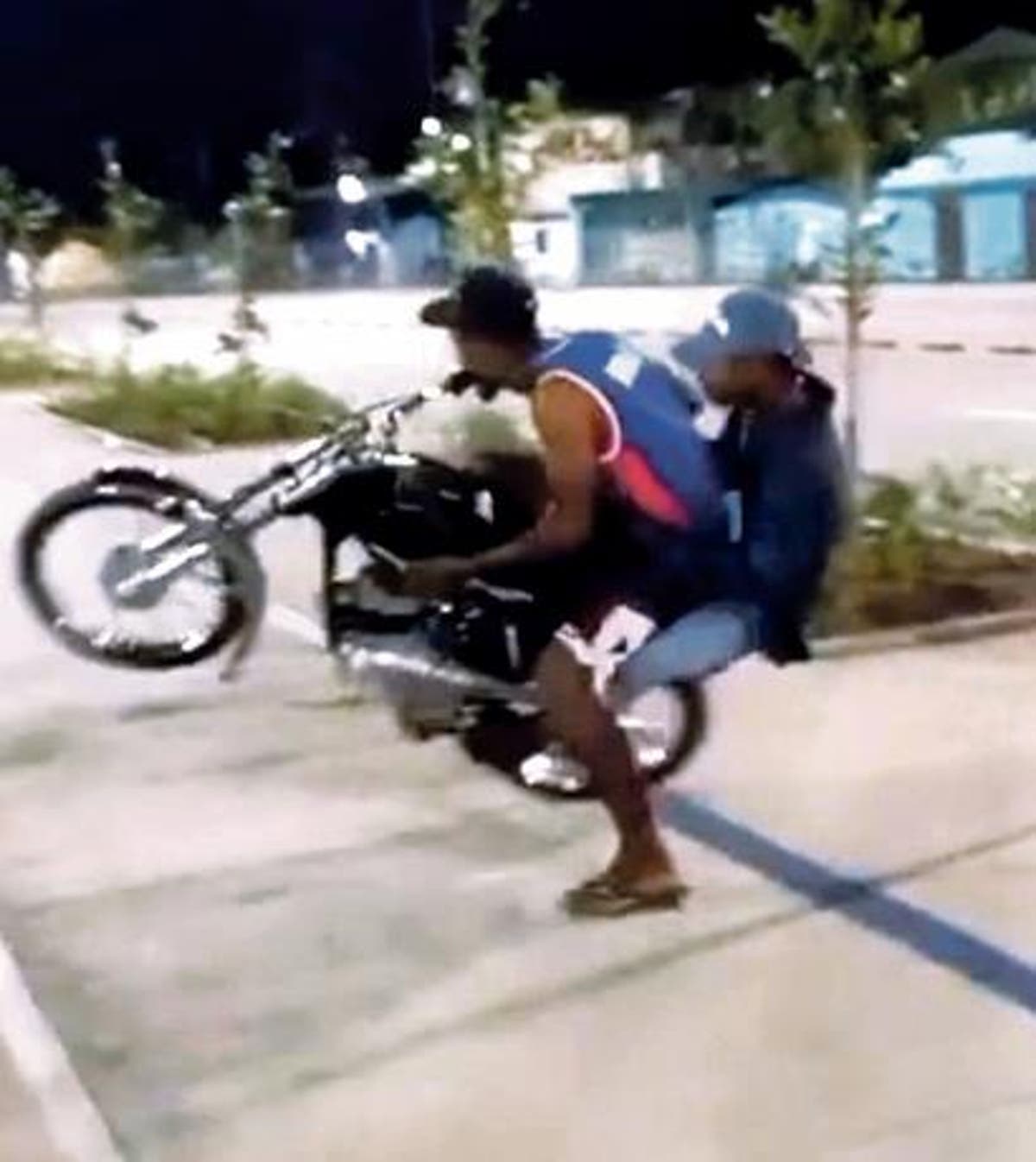 Recently inaugurated on the banks of the Ozama, motorcyclists have taken over the avenue.

Santo Domingo, DR
The National Police and the General Directorate of Security and Land Transportation (Digesett) announced yesterday that they are aware of and will act firmly against the motorcycle races that are occurring in areas near the recently inaugurated section of the Paseo del Rio Avenue, in the La Cienaga sector. This work is part of the Nuevo Domingo Savio project that the government is executing in the neighborhoods near the Ozama River.

The neighbors of this riverside district of the Ozama have been worried because motorcyclists race their engines and pop wheelies in this avenue space at high speed, taking possession of this first stretch, turning it into a race track, threatening the safety and tranquility of the neighbors.

Several community members also expressed their concern about the danger to which the children are exposed when they go out to play in the surrounding area and requested the intervention of the authorities.

Both the Police and the Digesett have warned that they will remedy this situation.

“We are coordinating with Digesett and with the police personnel in the area to put a stop to these motorcyclists who, in an unconscionable way, are using this road to rev their engines and race at high speeds creating sonic pollution that harms the population,” said Pesqueira, also referring to the risk that the action represents for the safety of the residents.

Roberto Valenzuela, press officer of Digesett, on behalf of Brigadier General Ramon Antonio Guzman, director of this institution, said that the necessary corrective measures would be taken. “In conjunction with the National Police, our agents in the area will carry out a survey and take the pertinent measures,” he pointed out.

The first stretch of Paseo del Rio Avenue belongs to the Nuevo Domingo Savio project. It was built with an initial investment of 1.6 billion pesos.

Purpose of the work
With the Paseo del Río Avenue, the State seeks to improve the quality of life of the communities on the banks of the Ozama and Isabela rivers and to put an end to the risk suffered by families during the rainy and stormy season.

According to the bulletins of the various Christmas operations of the Emergency Operations Center (COE), between 2018 and 2021, 427 accidents have been recorded on the roads, of which 300 involved motorcycles.

Increasing numbers
Since 2018, the numbers for this type of fatalities have not decreased. On the contrary, they have grown significantly, from 55 to 74 in 2019, reaching 84 in 2020 and 87 in the current period.

It is precisely as a result of this type of accident that 56 human losses of life have occurred creating a unanimous call for calm and caution.

The other 22 deaths were recorded outside the stretches guarded by the agencies involved in the operations.

Percentages
Other accidents
The remaining 31% of traffic accidents are distributed among light cars, with 18% (77); heavy vehicles, 5% (19), and 8% (36 occasions) involved hit-and-runs.

These incidents on the country’s roads and avenues left a balance of 949 people injured, whose highest figure was recorded in 2019, with 515 affected.

Intoxications
On the other hand, intoxications have also caused unfortunate situations that only resulted in death on one occasion, in 2018.

As reported by COE Director-General Juan Manuel Méndez at the press conference of the final bulletin at that time, the fatality was an adult.

Police never learn. They claim they will stop motorcycles from racing? 🤣 Ha Ha Ha. This is the D.R. and these kids spend a lot of money on their bikes to make them louder and faster. If they try and stop them, the street racing will only GROW! But good luck to the extremely understaffed police!

The only way to curb the racing is for the police (gov’t) to confiscate the motos for a minimum of 30 days. A fine of 2,000 Pesos will get them released at the end of the period if the moto is registered, has a placa, and insurance. If not done in 60 days, the government can scrap the junks and sell the good ones.