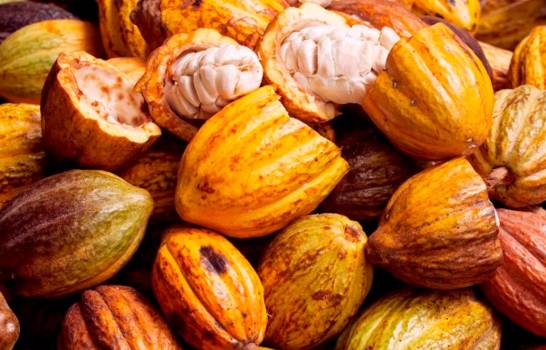 Dominican cocoa has great potential for export due to its quality, which has given it worldwide fame. Several days ago, two trucks loaded with cocoa liquor left the Dominican Republic to China. (PHOTO DL FILE)

The five products are Hass avocado, cocoa, mango, pineapple, and Dominican banana. On these products, the governments of the Dominican Republic and the People’s Republic of China opened the process of sanitary validation for export to that Asian nation.

On command, the Minister of Agriculture, Osmar Benítez, has indicated on several occasions that the Dominican Republic has great potential to reach US $ 100 million in exports of the different types of mangoes that are produced in the country.

In the case of cocoa, since 2014, the cocoa sector has contributed more than US $ 1.1 billion to the national economy through exports, with 2015 being the year where it was most exported, with US $ 250.79 million.

The data of the public institution indicate that the avocado sector contributed US $ 204.04 million to the country from 2014 to July 2019. The year 2018 was when this item contributed more currencies to the Dominican economy, with US $ 51.15 million.

As for bananas, in an interview with the executive director of the Dominican Association of Banana Producers (Adobanano), Julio César Estévez, said that the banana sector in the Dominican Republic generates about 300 million dollars every year exports about 400,000 boxes weekly. He also said the country could export 500,000. It produces more than 40,000 direct and indirect jobs in the country.

Dominican Republic has the capacity to export 500,000 boxes of bananas per week

The CEI-RD data indicate that banana exports remain between US $ 79.5 million and US $ 105.8 million each year. Until July of this year, US $ 53.3 million had been exported.