Dominican Republic among countries with the lowest recession, according to the World Bank 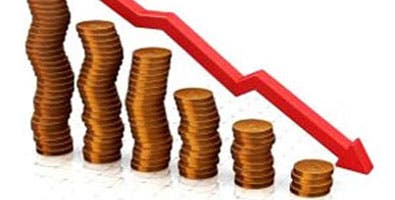 MIAMI .- Economic conditions have deteriorated “dramatically” in Latin America and the Caribbean due to the coronavirus pandemic, and the region will experience a 7.2% contraction this year, the most pronounced in the last six decades, the bank anticipated on Monday. World.

Of all the regions of the world, Latin America is the one that will have a more significant reduction in economic activity. The recession is the biggest since the agency began recording statistics 60 years ago, and is even more profound than the 2.5% recorded during the 1983 debt crisis and the 1.8% recorded during the financial crisis, from 2009.

“The risks to the outlook for the region are firmly weighted downwards,” warned the international credit organization.

“Coronavirus outbreaks in the region’s large economies could have spillover effects, and a second wave of the pandemic in advanced economies could adversely affect the region,” he said in his June outlook report.

The most affected countries will be Peru, with an economic contraction of 12%; Brazil, 8%; Mexico, 7.5%; Ecuador, 7.4%; and Argentina, 7.3%, according to the World Bank’s Global Economic Outlook report.

Among the least affected would be the Dominican Republic, with a recession of 0.8%, Panama of 2%, and Paraguay of 2.8%.

Central America, meanwhile, would have a 3.6% drop in its economic activity and the Caribbean 1.8%. Globally, the World Bank estimates that there will be a recession of 5.2% this year.

“The prospects give a lot to think about, as the crisis is likely to leave scars that are difficult to erase and pose complex global challenges,” said Ceyla Pazarbasioglu, vice president of Equitable Growth, Finance and Institutions at the World Bank Group.

The bank predicts that due to the effects of the coronavirus, the economy of Europe and Central Asia will collapse 4.7% this year, that of the Middle East and North Africa 4.2%, that of Africa south of the Sahara a 2.8%; and that of South Asia 2.7%.

For economic activity in East Asia and the Pacific, meanwhile, it projects growth of just 0.5%.

Prospects assume that economic activity in Latin America will have its most profound drop in the second quarter of the year when mitigation measures are implemented at their highest level.

Under this scenario, a normalization of the conditions in each country and internationally would help the region achieve economic growth of 2.8% in 2021, according to the World Bank.

According to these assumptions, Peru would grow 7% in 2021, Ecuador 4.1%, Mexico 3%, Brazil 2.2%, and Argentina 2.1%. The institution explained that the steep drop in raw material prices had hit much of Latin America, especially oil and gas producing countries, hard.

Financial conditions, in turn, have deteriorated, and the deep economic recession in the United States and China has affected supply chains in Mexico and Brazil and caused a sharp reduction in exports from countries that export raw materials such as Chile and Peru.