Tourism falls 88% in the Dominican Republic in July, the month of reopening 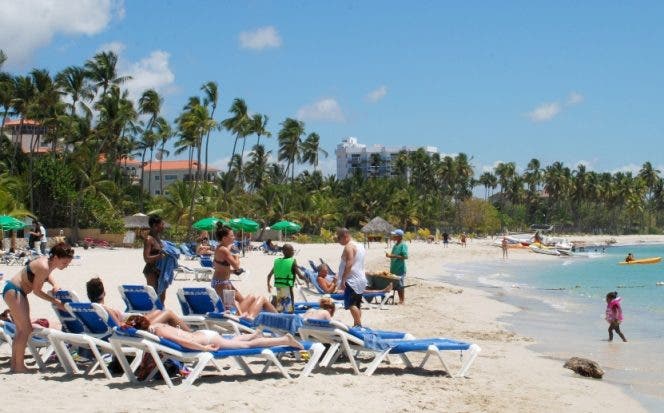 If the trips of Dominicans residing abroad are taken into account, the decrease in tourism is 77.1% in July, with a total of 135,163 passengers in the month.

Santo Domingo.- The Dominican Republic received 54,105 tourists in July. The month in which international borders reopened, representing a drop of 88.5% compared to the same period last year, the Central Bank reported on Tuesday.

When factoring in the trips of Dominicans residing abroad, the decrease in tourism is 77.1% in July, with 135,163 passengers in the month.

Accumulations for the year so far show that, 1.5 million non-resident tourists arrived, representing a drop of 63.3% compared to the same period in 2019.

The Dominican Republic, a country whose economy depends heavily on tourism, kept its borders closed due to the pandemic between March 19 and June 30.

After the reopening of borders, on July 1, tourism was primarily concentrated from the United States since 85.4% of foreigners arriving in the Caribbean country came from that nation, with 46,207 passengers.

It is followed by travelers from Puerto Rico, a total of 1,856 passengers, and Spain, with 1,709 tourists.

In its report, the Central Bank indicates that the tourism sector will be affected in the coming months, mainly by the global evolution of the pandemic. Tourism will also be affected by the eventual availability of an effective vaccine for the coronavirus and the recovery of economic activity of issuing countries.

The Dominican Republic is currently in a state of emergency, and a curfew is in force throughout the country, due to a spike of infections.

COVID-19 has rebounded due to the reopening of the economy and the crowds that occurred in the rallies before the presidential and legislative elections held July 5.

According to data released this Tuesday by the Ministry of Public Health, the country registers a total of 81,094 infections, with 1,346 deaths from the disease.

According to the official gazette, in the last 24 hours, there were 18 deaths and 595 new infections.

The Dominican Government accepts tourists from all countries. However, it requires that they present a negative PCR test carried out five days before the trip or failing that it requires a rapid test upon arrival at the airport.