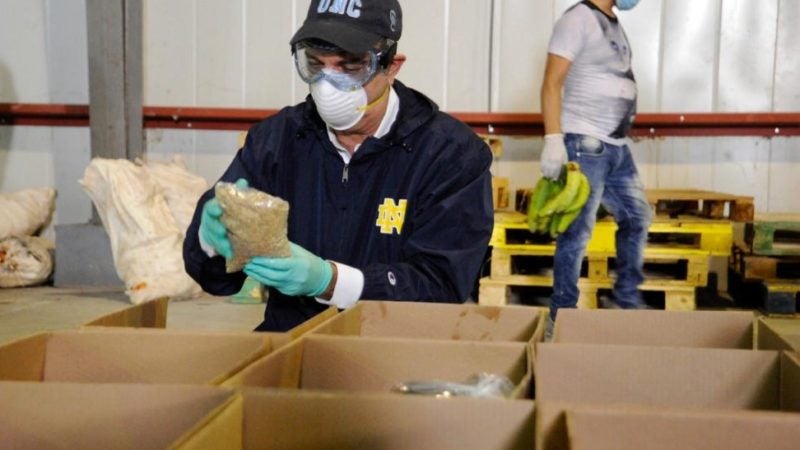 SANTO DOMINGO EAST. Presidential candidate Luis Abinader asked the government on Friday to buy food from producers who have not been able to place their food, vegetables, chickens, eggs, and other agricultural products due to the closure of hotels, restaurants, and other retail outlets. This action would help mitigate the situation of hunger that many Dominicans suffer from the difficulties created by the Coronavirus pandemic.

He explained that with such action, the needs of the poorest could be met while avoiding the bankruptcy of producers who are also affected by the situations caused by the pandemic.

Abinader suggested in addition to their distribution structures, the authorities lean on the Catholic and Evangelical churches and on the neighborhood councils, where there are so many priests and pastors inspired by Christian charity and community servants who have made a life mission of helping others.

He said that precisely today, Good Friday, when we evoke the sacrifice of Christ, is an excellent occasion to emphasize charity and solidarity with those brothers who are least able, especially in times as hard as the Coronavirus imposes on all of us.

The economist and political leader made the suggestions by visiting a collection and distribution center from which he organizes the delivery of more than 200,000 food rations to needy people in different areas of the country, where he examined boxes of packaged contents.

“This is a health crisis, but it is also a critical economic situation, in which many families have stopped receiving their ordinary income, or part of it, and need solidarity support,” he said.

He said he is providing food aid with the support of agricultural producers, friends, and contributions from his family, and counting on an army of collaborators who organize the entire distribution process. The delivery of rations follows a protocol designed by the Directorate of Worship, led by Pastor Dio Astacio, under the supervision and support of the General Directorate of the Abinader Campaign, which establishes rules for the entire distribution chain, with Participation of the Evangelical, Catholic and Neighborhood Councils churches.

The protocol establishes a system of control, documentation, and reception of the rations, which entails the signing per the articles received to each person and prohibition of the use of any type of proselytizing or distinctive propaganda of the Abinader campaign or the PRM.

Those who participate in the deliveries must follow the protocols established by the World Health Organization and the Ministry of Health, including the use of gloves, masks, gel for constant hand washing, and other preventive measures, reported by Pastor Astacio.