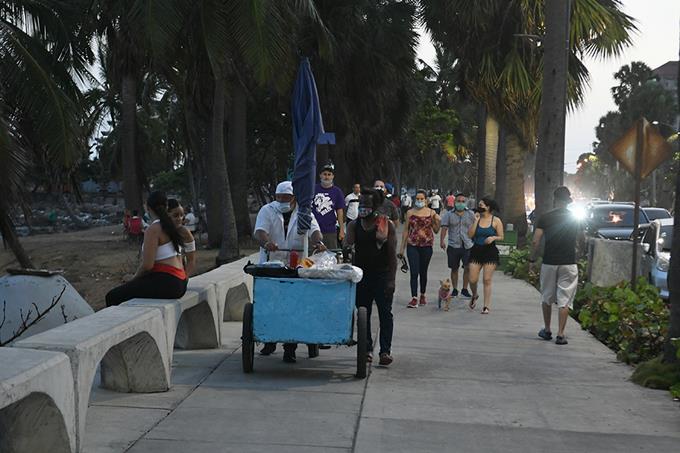 Citizens are reluctant to stay at home.

With the clock almost chiming at 8:00 p.m., Signalling the beginning of curfew in the country due to the Covid-19, many citizens resist staying at home to obey the call to protect themselves from the deadly disease.

Last night, men and women strolled on the Malecon (Boardwalk) on George Washington Avenue, without any concern, despite the fact that curfew was about to start. Many, even, were accompanied by children and babies in their arms, which shows the lack of attention to the recommendations and preventive measures of the Government. However, the use of medical face masks was almost total among those who were walking in public spaces.

Journalists from various newspapers were on the scene to verify the behavior of citizens who often frequent that area during the weekends.

In the surroundings, there were no police authorities or the General Directorate of Traffic Safety and Land Transportation.