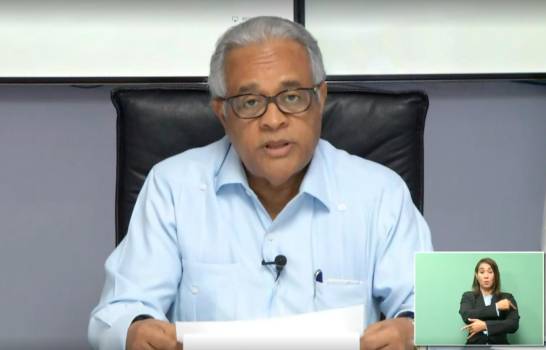 The Minister of Public Health indicated that the airports will be open to everyone from July 1. “The restrictions that had been established become open as of July 1 for flights,” said Rafael Sánchez Cárdenas.

The official argued that “the restriction for countries or zones will be established in resolutions subsequent to those that have been proclaimed today. The flights are open.”

Rafael Sánchez Cárdenas indicated that if necessary, flight restriction measures will be taken.

“The ministry has issued the declaration of an epidemic in the country, and on this basis will make new resolutions to respond to each of the problems that arise that warrant the imposition of a sanction or sanitary measures,” said Sánchez Cárdenas when questioned about measures at airports.

The Ministry of Public Health issued a resolution declaring the state of an epidemic at the national level, a measure that replaces the state of emergency that expires on July 1.