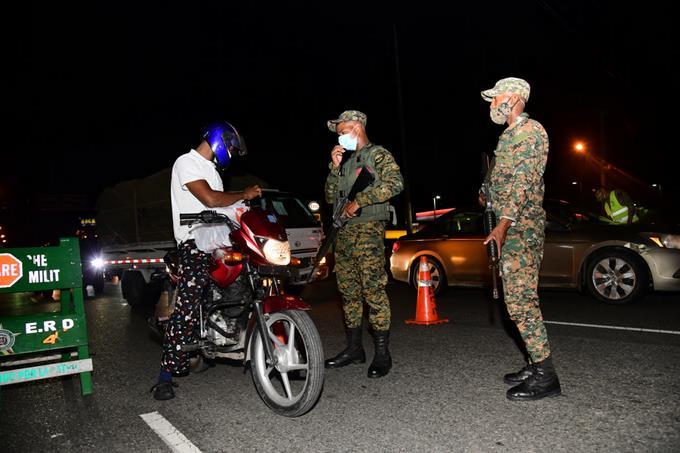 More than five thousand people were arrested this week for violating the national curfew, according to the National Police’s data.

While in the data released on the arrests on the 12th, the law enforcement institution reported 912 arrests for violating the curfew, of which 239 occurred in the National District.

The report of the arrests on the 13th of this month indicates that a total of 990 people were arrested for violating the curfew, and of that total, 199 occurred in the National District.

The Police reported 51 arrests in Santiago, 87 in Puerto Plata, 52 in Barahona, 35 in Bahoruco, 94 in the Santo Domingo Este municipality and 62 in the west.

Last Friday, the National Police arrested 1,120 people for violating the curfew, of which 233 were in the National District.

In the rest of the provinces, arrests for violating the curfew remain below 32 cases. For example, Elías Piña is cited as one person arrested yesterday and in Azua nine.