US agents stop 4 yolas with 126 boatpeople, including Dominicans 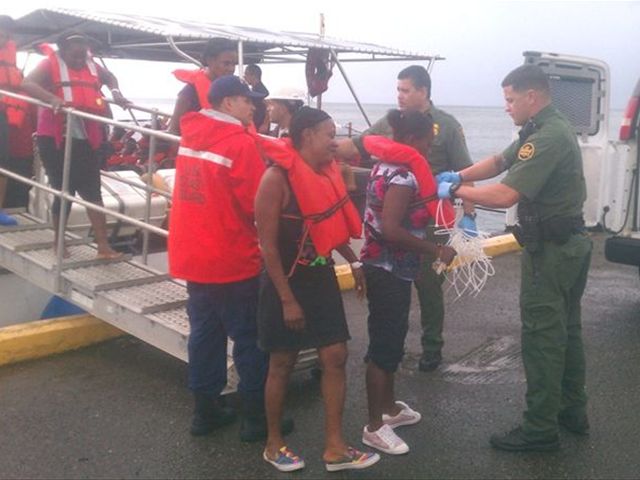 Among these four groups, 30 migrants with priorimmigration or criminal records will be prosecuted for attempting to reenterafter a prior removal or attempting to enter without inspection. Amongthe prosecuted, there are subjects with previous aggravated felony convictionsin the United States, including alien smuggling, narcotics violations andweapons law violations.

“Our CBIG partnership provides for a force multiplication to addresssmuggling ventures in the Mona Passage,” stated Ramiro Cerrillo, Chief BorderPatrol Agent for Ramey Sector. “Migrants continue toplace themselves at the mercy of smugglers who have complete disregard fortheir safety knowing all the dangers involved.”

“A CBP aircraft consistently patrols throughout ourCaribbean area with a firm determination to detect smuggling attempts,”indicated Johnny Morales, Director of Air Operations for the Caribbean Air andMarine Branch. “These four interceptions demonstrate our collectivecapabilities to deter attempts into our borders.”

Biometric reviews revealed that 30 migrants had priorimmigration or criminal records for which they had been removed. BorderPatrol agents took custody for processing. All subjects will becharged for violation of federal immigration laws.

CBP maintains a strong position regarding theenforcement of our immigration laws along the country’s borders and coastalareas.