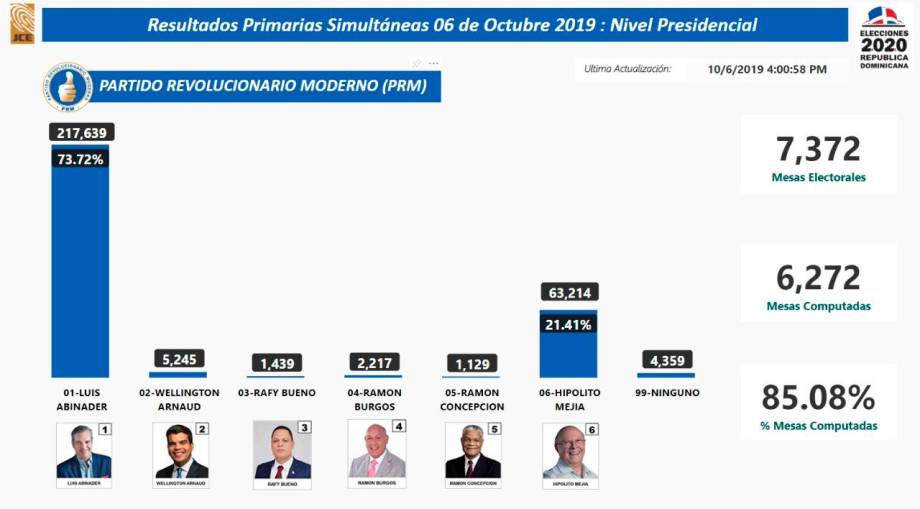 Luis Abinader maintains the trend of 73.74% of the votes cast in favor of the PRM. Hipolito you only have 21.36%