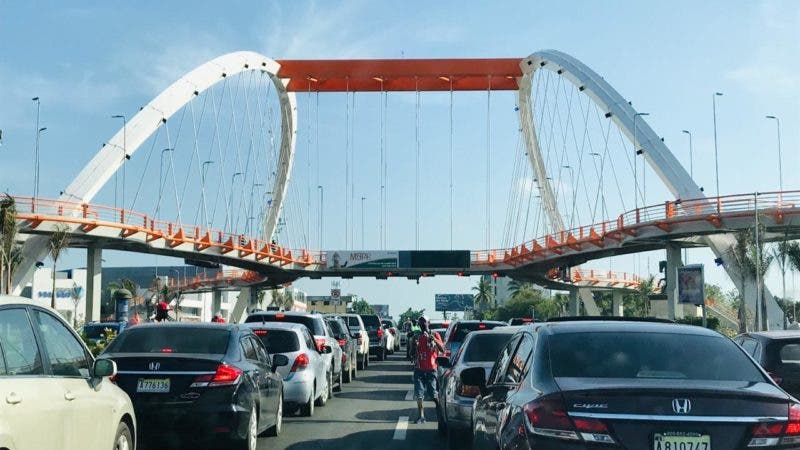 This Monday at 7:00 in the morning the intersection of Máximo Gómez Avenue with John F. Kennedy was very active, many vehicles traveling, but not so much that the lanes did not flow reasonably well. The same behavior is seen in most avenues and streets of the National District, such as Duarte Avenue, from Ovando to the elevated of the express 5th Centennial.

Those who tackle public transport line up in long lines at subway stations. The line at María Montez, at kilometer 9 of Duarte Avenue, goes out onto the street.

Hermanas Mirabal Avenue and the Francisco J. Peynado Bridge that connects Villa Mella with the National District (DN) is congested. The Juan Bosch bridge, heading towards Santo Domingo Este towards the DN is also crowded, and two lanes of the Duarte Bridge were opened to route part of the traffic.

The gradual and conditioned opening of the country’s economic activities, in successive phases depending on the development of the previous ones, will have a decisive week. Wednesday will be the 14 days that the first phase would last, but the entry into a second phase will be done or not, depending on whether the expectations of the first phase have been met, according to the details of the de-escalation plan announced by the Government.

It was decided that only 50% of the employees of micro and small companies return to their work, and a lower percentage for large companies. The public transport authorized to operate is the state: metro, cable car, and buses of the Metropolitan Office of Bus Services (OMSA).

But with the partial economic opening, the usual traffic jams were seen again in the streets and avenues of the capital. President Danilo Medina reported that the transition to a level of more freedom would depend on the behavior of citizens. The week that begins today will also evaluate the impact that relaxation of restrictions has had on the number of deaths and infections due to coronavirus.