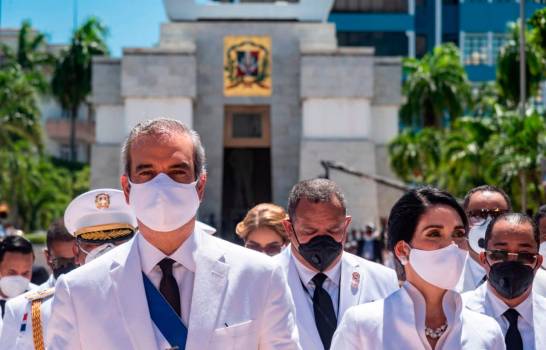 Through decree 342-20, he also created a unified council of the companies Edeste, Edenorte and Edesur

The President of the Republic, Luis Abinader, declared high national interest the liquidation of the Dominican Corporation of State Electric Companies through decree 342-20 the Corporation of Electric and State Companies (CDEEE) and ordered they be transferred as quickly as possible. Its attributions, functions, and powers to the Ministry of Energy and Mines.

The provision establishes that per article 24 of Law 100-13, modified by Law 142-13, the functions, powers, and powers of the CDEEE are transferred to the Ministry of Energy and Mines.

He also created a liquidation commission that will have to schedule, organize, direct, and execute the cancellation of the CDEEE and assets. The decree establishes that the commission mentioned above will be made up of the Minister of Energy and Mines, the Legal Consultant of the Executive Power, secretary, and the Ministry of Finance.

The decree indicated that the Ministry of Finance and the General Budget Office must make the administrative arrangements to modify the item approved in the 2020 budget to the CDEEE and establish the resources required by the CDEEE for the year 2021 Budget. Fulfillment and scope of the object of its creation and mission.

On the other hand, the provision also eliminates the Urban and Suburban Electrification Unit (UERS). From now on, the UERS will be governed by a general director appointed by CDEEE.

Said council will be made up of nine members and will be chaired by the Minister of Energy and Mines, as ex-officio and honorary president, and made up of an executive vice president, who will act as secretary member with voice, but without a vote, in said management body.

The decree specified that these council members would receive a single remuneration for their responsibility to the three companies.