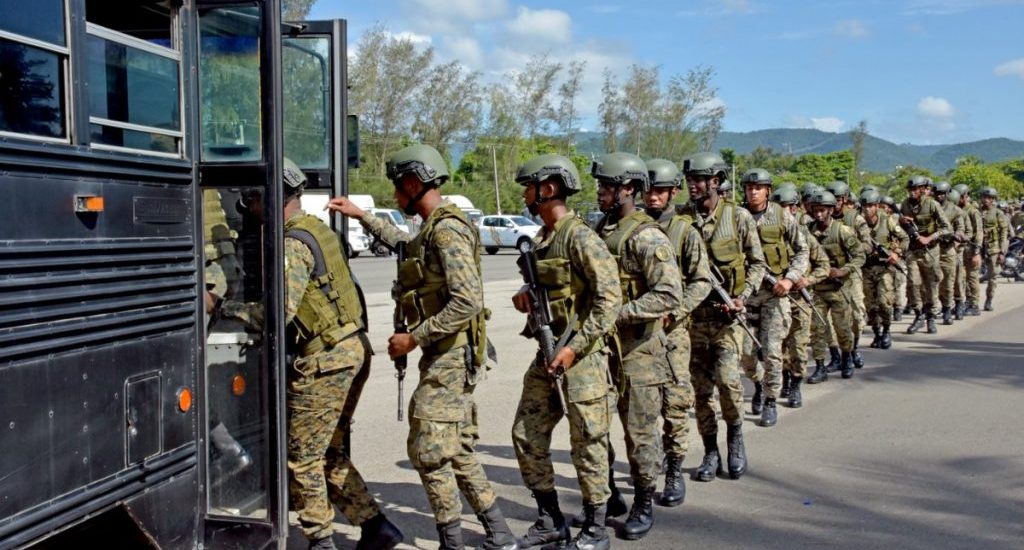 Santo Domingo (EFE) – The Dominican Armed Forces have deployed 7,200 troops on the border with Haiti and so far this year have intercepted and returned more than 38,000 Haitians who illegally crossed the territorial division to the neighboring country, military sources said Friday.

“If we need more soldiers, we will use them so that the country is safe in this part of the territory,” the general commander of the Dominican Republic Army, Julio Ernesto Florian Perez, told journalists during a tour of the border area.

Major General Florian noted that the Dominican military recently caught “some people wanted” by the Haitian justice system and “some criminals” who were handed over to the Haitian National Police in the border province of Dajabon.

The former mayor of Port-au-Prince Ralph Youry Chevry was arrested last Sunday in Dajabón together with the former official Wenson Pierre, the Haitian policeman Antonine Maquendy and the civilian Wiquenesonnt Despiene because they did not have passports or visas to enter the national territory, said the Ministry of Defense.

Chevry, against whom the Haitian government has issued an arrest warrant, has not requested asylum in the Dominican Republic, said yesterday Foreign Minister Roberto Alvarez, who also affirmed that Haiti had not asked for his extradition.

Florian assured that the surveillance by air, March, and land would be maintained to “provide all the security” as a result of the socio-political situation that Haiti is going through.

“We are vigilant together with the General Directorate of Migration (…) more than 38,000 people who tried to enter the country illegally have already been captured,” affirmed the high military officer.

Likewise, he warned that “the persecution against undocumented people who were doing agricultural and construction work will begin to be regularized” since the authorities granted grace for these people due to the coronavirus pandemic.

In this sense, he emphasized that the Armed Forces will provide the necessary collaboration to the General Directorate of Migration.

Last week, the Ministry of Defense informed through its social networks the reinforcement of surveillance on the border with Haiti, including several Super Tucano fighter planes.

Army troops and armored cars have also been mobilized, and vehicles and personnel of the Specialized Corps for Land Border Security (Cesfront).

On Friday, hundreds of Haitians demonstrated in Port-au-Prince to denounce the multiplication of kidnapping cases and the “dictatorship” which, according to them, the Haitian president, Jovenl Moise, is trying to establish.

There have also been at least two demonstrations, organized on students’ and lawyers’ initiative, accompanied by opposition activists, to demand the release of two people kidnapped for several days, among them the judge and university professor Abbias Edumé.

Haiti is going through a crisis due to the confrontation between Moise and the opposition, which demands the ruler’s resignation, considering that his mandate ended last February 7.

Moise categorically rejects that position and reiterates that he was elected in 2017 to serve a five-year term ending in February 2022.

Last February 7, Moise denounced that the opposition was preparing a coup d’état and was planning to assassinate him, and the authorities carried out at least twenty arrests of opponents.