Dominican Republic is committed to reducing emissions by 27% by 2030 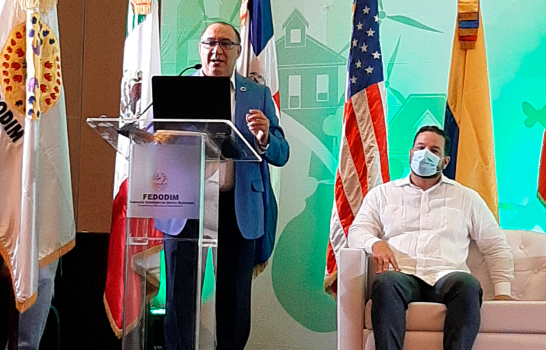 Omar Ramírez Tejada, Country Manager of Energeia Network, said that developed countries must continue to lead efforts and adopt absolute emission reduction goals to decarbonize the global economy, and at the same time transfer predictable financing other than development aid, as well as the necessary transfer of technologies and knowledge on climate issues based on the national circumstances of the countries of Latin America and the Caribbean.

In the case of the Dominican Republic, the expert said that the revised and updated Nationally Determined Contribution (NDC) establishes a reduction of 27% of the matrix by 2030 based on the emissions of the year 2010.

Ramírez Tejada offered the information in the framework of the XIII Congress on Integral Management of Solid Waste organized by the Dominican Federation of Municipal Districts (FEDODIM) and sponsored by the Dominican Municipal League (LMD), the Office of Programs and Strategic Projects of the Presidency of Programs and the Ministry of Tourism. The activity was held from September 10 to 12.

In a statement sent to the media, Ramírez Tejada added that climate change has gone from a government policy to a state policy, which has been assumed by three presidents and four periods of government.

“With the interest of promoting the sustainable local development of the territories, Fedodim has developed activities and actions aimed at strengthening the management of local governments of municipal districts in different areas, which is why in this congress it addressed the issue of the integral management of solid waste and its effects on climate change,” the statement said.