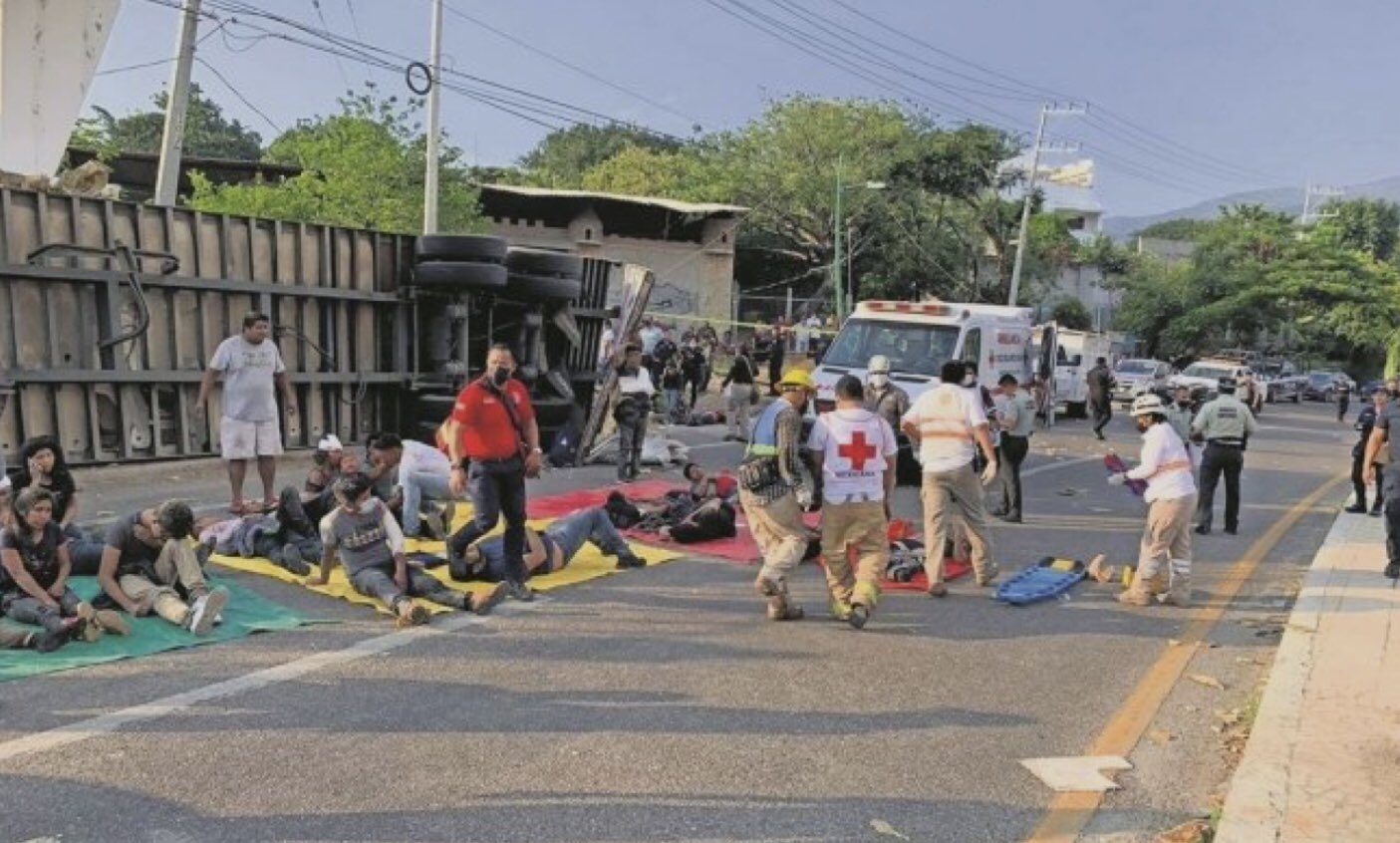 The Public Prosecutor’s Office of Santo Domingo East and North dismantled, in coordination with the Specialized Prosecutor’s Office against Trafficking in Persons and Smuggling of Migrants, an international human trafficking network which it holds responsible for routing to the United States at least three of the Dominicans who died in an accident that occurred on a highway in Chiapas, Mexico.

During an extensive operation carried out simultaneously in Baní and San Pedro de Macorís, the prosecution arrested Guillermo Guzmán Marcano, Leonel Antonio Méndez Arias (El Duro), Román Alberto Casalinovo Trinidad (Guard), Santo Francisco Vizcaíno Guerrero and Jesús Antonio Martínez Díaz, for whom it will request a judge to impose 18 months of preventive detention, as well as the declaration of a complex case.

The arrests were made during raids coordinated by the Public Prosecutor’s Office with the help of the Special Division for the Investigation of Transnational Crimes (Deidet) of the National Police.

The arrested group is accused of promoting, inducing, and financing the illicit trafficking of persons, in violation of Law 137-03, on Trafficking of Persons and Illicit Trafficking of Migrants, and Law 155-17, on Money Laundering, explained the head prosecutor of this jurisdiction, Milcíades Guzmán Leonardo.

Chiapas accident
The investigations show that the dismantled network was dedicated to smuggling people from Santo Domingo to the United States through Guatemala, Panama, and Mexico. They transported the undocumented migrants in trailers.

Those arrested are responsible for trafficking at least three of the Dominican victims who were among the more than 50 people who died when a group of undocumented travelers crashed on the Tuxtla Gutiérrez-Chiapa de Corzo highway in southern Mexico.

Investigations are still ongoing. On Tuesday, the Ministry of Foreign Affairs informed of six Dominican fatalities in the accident in Chiapas, three injured nationals, and seven missing.

The members of the dismantled criminal organization charged up to 20,000 dollars per person trafficked, for which they managed to accumulate sumptuous properties, including high-end vehicles.

This human trafficking from the RD to the other countries cannot be possible without the complicity of corrupt government officials. Not even one of the arrested people is an official. ?????