In the shadows of the border: Villa Codepo Community lives between dust and unemployment 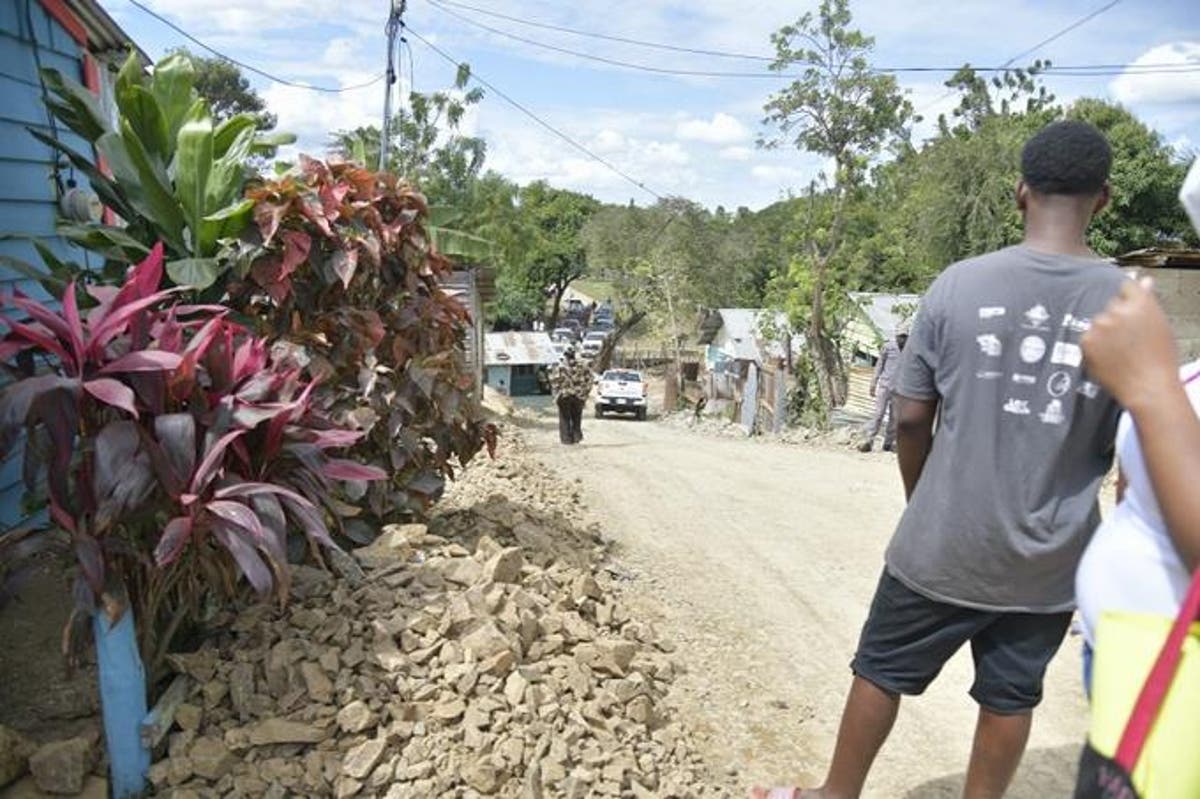 As soon as President Abinader left Villa Codepo, the residents of that sector knew that they would return to the usual orphanhood. Jose Alberto Maldonado / RHP

Villa Codepo is a small sector within the province of Dajabón that is located right on the edge of the Masacre River, which marks the geographical border between the Dominican Republic and Haiti.

It was that community, which amid the dirt, the dust, the strung wires, and its deteriorated streets, received the leading government authorities, headed by President Luis Abinader, and the representatives of the top media outlets, who gathered there to the act of the first pierce of the “smart” border wall.

However, while the eyes of the country were on the prick of the fence that will reinforce the security of the border, the signs of non-payment the complaints of lack of employment made the inhabitants of the area feel like residents of a community “orphan.”

” You only focus on the good…, the street was in worse conditions there, that was that yesterday (Saturday) as it was known that the president was coming, they passed him something and cornered the stones that were in the middle; we are still also without electricity since 1:00 in the afternoon yesterday, the wires are laid there…, the water is coming now, but we have known how to spend up to a week without seeing drinking water,” says I’ve Medina, 27 years old.

The mother of four children expresses that despite seeing signs of protests and requests, she understands that she should not ask the president for anything and that she has never had the need to do so “because they have never resolved anything.”

“I am not one of those people who asks for something because as the leaders never focus on the conditions and in reality everything is bulky and one in the networks sees that they make so many loans and of so many amounts, and those that we really need, we do not see no help from that…, actually I have never been hopeful (with the authorities) because I have never seen anything in my favor that they have done,” said Medina, who has lived “all his life” in the sector.

Unemployment is a problem that affects a large part of the young population. Unfortunately, not even professionals escape, such as the case of Isaura Familia, who only graduated last December in Education with a mention in Social Sciences.

“Right now we young people spend a lot of work (to get a job) here in Dajabón, right now I’m not working and we support ourselves (his partner and his two children) with what he does as Motoconcho,” said Familia.

The teacher affirmed that the times she has gone to look for a job, she has often been asked about her political sympathy, although Familia did not dare to assure that for that reason, she has not found a job.

Not so acidic were the statements of Mrs. Idalina Rodríguez, who says that only “authorities who remember that people live in Villa Codepo” are needed so that basic needs are met.

“That’s what we want them to remember about us, that there are people in Villa Codepo and we rejoice when we see that the president is coming here because it means we’re on the map,” exclaims Idalia, who keeps what little that her children give her and a pension of only RD$2,000 that she receives from the city council since her deceased husband worked there for more than 20 years.

While in the surroundings, other neighbors leaned out between the perimeter made by the military and the presidential security to try to witness what was happening on the banks of the river; but knowing that Abinader would immediately leave there, they would once again be “that forgotten community” within the border province.