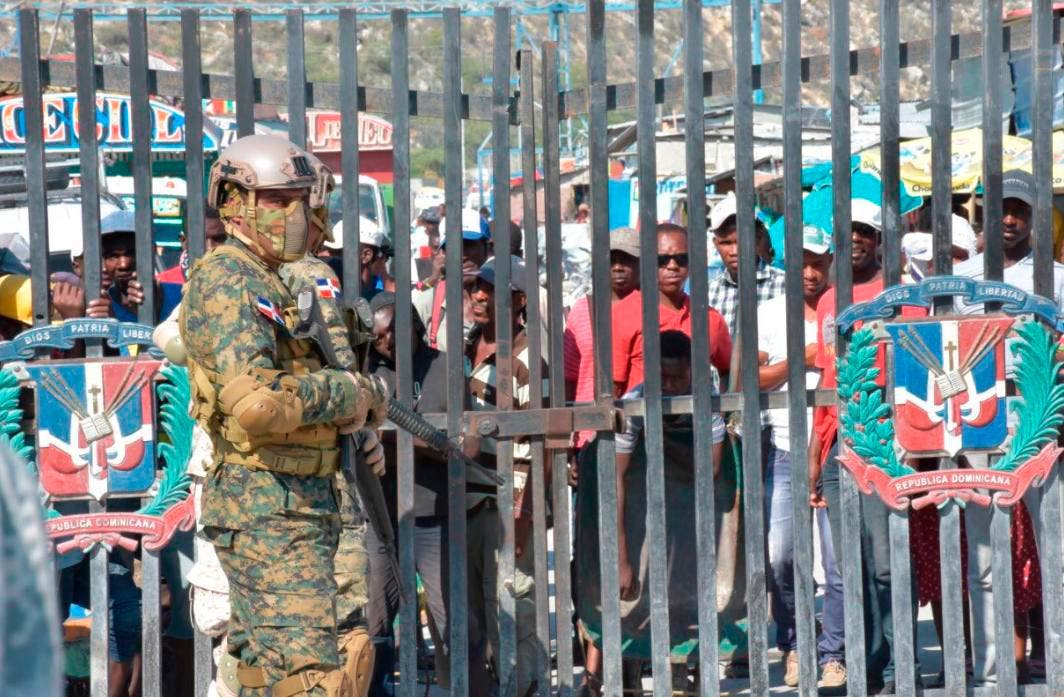 Haiti's Ministry of Public Health warned of a highly contagious skin infection similar to scabies detected in the country.

Although the alert has already been activated as per protocol, it will be made official in the next few hours, said journalist Carlos Suero, director of Communications of the Ministry of Health.
The health authorities activated a health alert at the border posts due to the appearance of a skin infection reported in Haiti.

Journalist Carlos Suero, Director of Communications of the Ministry of Health, informed that the Vice-Minister of Collective Health, Eladio Perez, is trying to communicate with the Haitian authorities.

He is also in communication with the Centers for Disease Control and Prevention (CDC) in Atlanta, United States, to know of any study or notification. In addition, the Vice-Ministry of Collective Health and the Epidemiology Directorate “activated the epidemiological alert in all border health centers.”

Haiti’s Ministry of Public Health warned of a highly contagious skin infection similar to scabies detected in the country. “We advise anyone presenting the following signs and symptoms to go to the nearest health institution: itching and itchy skin lesions, especially at night,” the entity said.

Epidemiology is pending any diagnosis that could be registered in the bordering areas of both countries.

“So far, we have no records of any outbreak or contagious skin disease,” he said but insisted that the alert was being prepared. The decision implies a check-up and control of Haitian and Dominican nationals who go to the different hospitals and cross the border. It is observed that they do not have any suspicious skin alteration.

Suero said that Health would issue a more detailed communiqué regarding the alert and the disease in the next few hours.

The problem
The Haitian Ministry of Public Health warned through a communiqué of a highly contagious skin infection similar to scabies, which has been detected in the country.

Mayor Santiago calls for prevention.
Beware
The mayor of Santiago and aspirant for the presidential nomination for the Dominican Liberation Party, Abel Martinez, demanded from the Health authorities the immediate establishment of a sanitary border fence without delay.

He urged to consider the unfortunate overcrowding of that nation with which there is a commercial exchange through the binational markets.

Can only think this recent media uptick about infectious skin disease has a hidden agenda. This is not to make light of the skin disease. It needs attention.

Family members growing up on the island were subject of intense scrutiny by mother at all times of the day. Most of the times it was before they were sent off to school. Madre would inspect their cleanliness from hair, ears, teeth, fingernails, and etcetera. Clothing and bed linens were boiled. It would be tough for any disease to get past her. That said, the family had ways to defend and control whatever health offense they faced. They were aware and fighting before gov’t could get a word out.

It seems at this time government is preparing the public of its own version of the US border covid rule by using the the excuse of infectious skin disease risk as a reason to limit Haitian crossings or just to close the border entirely.