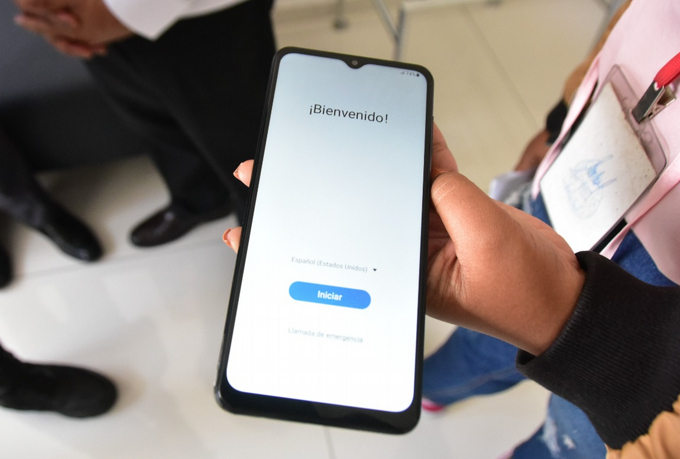 The mobile confiscated by Digesett was requested by the public ministry. LISTÍN DIARIO

Santo Domingo, DR
The Internal Affairs Department of the National District Prosecutor’s Office will review the cell phone of Listin Diario after the complaint that the videos and photographs of the incident where the aggressions of members of the National Direction of Transit and Land Transportation (Digesett) against the press and the Ombudsman, were erased.

This was reported by the prosecutor Santa Reyes, in charge of the department, who said that for these purposes they will ask the Coordinating Office of the Instruction Courts of the National District for an authorization.

The cell phone was handed over to the Public Prosecutor’s Office after Digesett returned it to this newspaper, and the camera that wits agents took the vehicle holding center at the former El Coco racetrack, where the Ombudsman, Pablo Ulloa, one of his assistants, and members of the press were assaulted.

As part of the investigations of the Public Prosecutor’s Office, the Digesett agents who were on duty the day the Ombudsman and his staff went for an inspection at the Vehicle Retention Center (Canódromo), following complaints of irregularities, were questioned.

Also interviewed were the personnel who accompanied Ulloa on the day of the incident, where the Listín Diario journalist, Lourdes Aponte, photographer Raúl Asencioy Víctor Olivo, CDN photojournalist, who were also interviewed.

The incident occurred when Ulloa visited the dog track and, despite identifying himself, proceeded to verify the conditions of thousands of vehicles occupied by Digesett due to complaints from citizens that they do not take care of the vehicles retained by Digesett.

QUERELLA
DAMAGES
The complaint indicates that the Digesett agents at the dog track broke the photo and video cameras and cell phones of the journalists and assaulted the personnel of the Ombudsman.