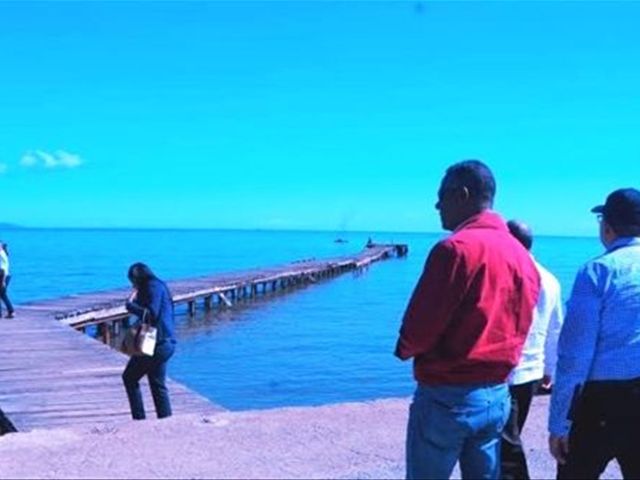 Santo Domingo.- The Chamber of Deputies MaritimeAffairs Commission on Friday toured the aeras in and around to Sabana de laMar, eastern Hato Mayor province, to get a first-hand impression of the conditionsof the town’s pie, which requires dredging to fully operate.

The pier is a key facility in the operationsof several ferry boats of low capacity which ply the bay that separates Samana fromSamana de la Mar.

Locals say dredging the sea bottom next tothe pier would allow bigger ferries to operate the route, including ones whichcan transport vehicles.