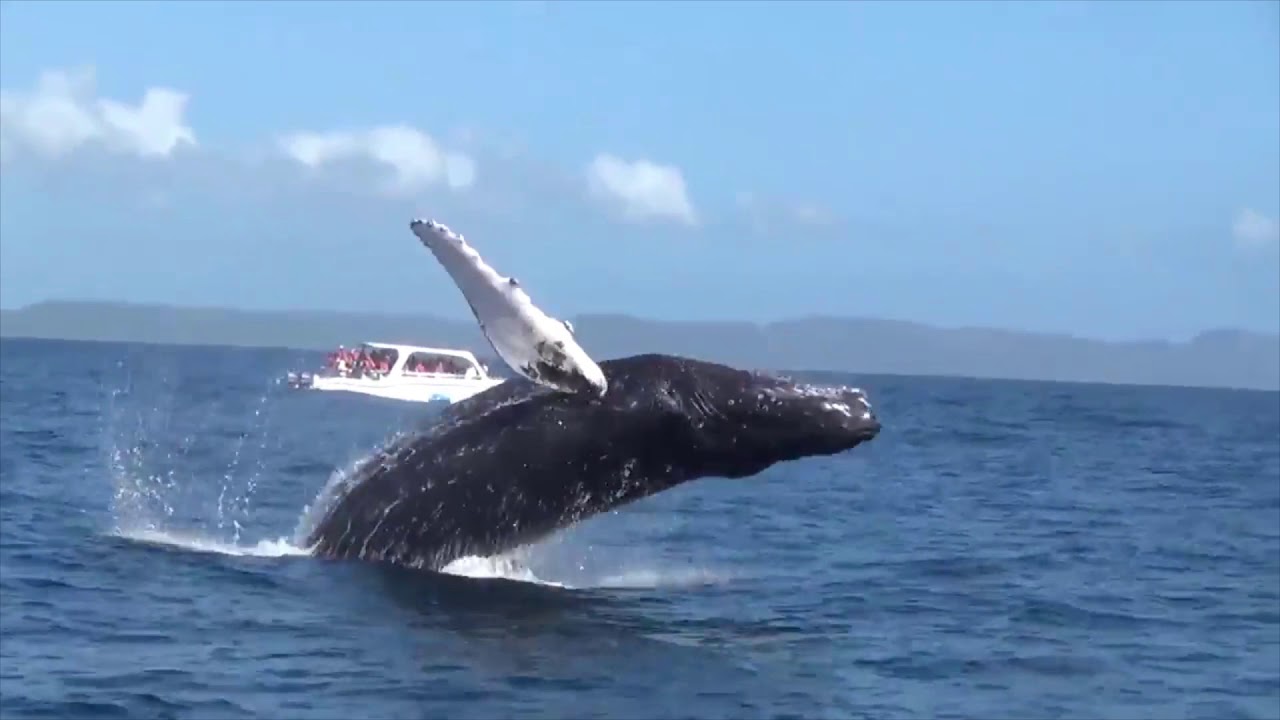 THIS WAS NOTED BY THE MINISTER OF THE ENVIRONMENT, ORLANDO JORGE MERA

The humpback whale watching season is a natural tourist attraction that contributes to the economy of the coastal areas of Samaná thanks to the visit of foreign and local tourists.

In that sense, the first week of March, 21,000 tourists visited the Marine Mammal Sanctuary.

“The observation of humpback whales is one of the activities that diversify tourism in the DR, producing direct economic dynamism in the localities and creating positive reactions around caring for the environment,” said the Minister of the Environment, Orlando Jorge Mera.

The data indicate that last year the most significant number of visits to the sanctuary was registered with the arrival of 71,261 people, of which 10,139 were Dominicans and 61,122 foreign visitors. This reflects that the Dominicans have been an essential part of the reactivation of tourism.

Every year 2,000 to 3,000 whales arrive on the north coast of the Dominican Republic to mate in the warm waters of the Atlantic. This event occurs spontaneously during the January-March period.

In Samaná, a boat trip is made to observe the species from a distance, while in Puerto Plata, due to its shallower waters, people can bathe and get closer to the mammals, explained Jorge Mera.

It is remembered that the seas of North America are frigid, so the humpback whales move to the Caribbean, which has warm waters to carry out their survival process. It is estimated that between 80% and 85% of the total population of humpback whales in the North Atlantic have been born in Dominican waters.