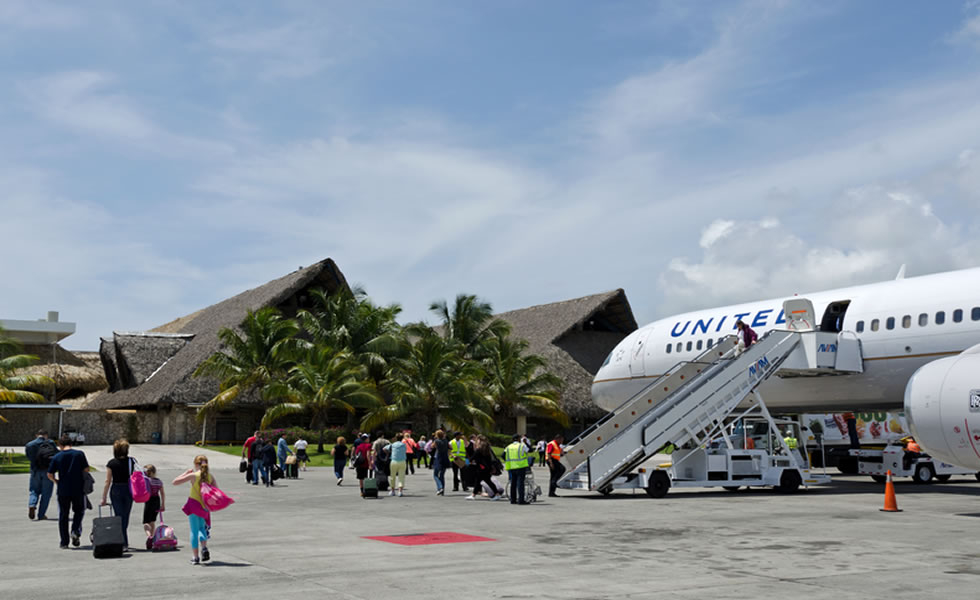 For the second consecutive month, with 747,170 visitors.

The three busiest airports in the country, Punta Cana, Las Américas, and Cibao, were responsible for 94% of total passenger traffic to/from the Dominican Republic in April 2022.

The Punta Cana terminal led, with 747,170 passengers transported, which represents 55% of the total, according to statistics obtained from the database of the Civil Aviation Board ( JAC ).

In April 2022, for the second consecutive month, said airport sets a record for the month in particular, with 364,931 passengers transported, surpassing the number of passengers in April 2019 with 31,914 additional passengers.

On its side, the Airport of the Americas ( AILA ) is the second fastest-growing airport in the country, with a 10% increase in passenger traffic, compared to the number of passengers transported in April 2019, according to the Caribbean.

Only Cibao International Airport grew at a faster rate. US airlines, JetBlue, American, Delta, and United were responsible for 62% of total passenger traffic at the airport, primarily connecting to New York and Miami.

The Cibao airport is the third busiest and fastest-growing airport in the DR, with 151,647 passengers transported in April 2022; this number represents a growth of 15% compared to April 2019 and also breaks a record for the most significant number of passengers in April, surpassing the record number set last year by just one hundred passengers.

Likewise, the La Romana terminal decreased, going from averaging more than 70 thousand passengers per month in the period November 2021-February 2022 to 11 thousand in April 2022, due to the Russian-Ukrainian war.

The number of passenger traffic already mentioned is the largest to date in the year 2022 and the largest since September 2021 (8 months). The Punta Cana airport is the busiest in the country.