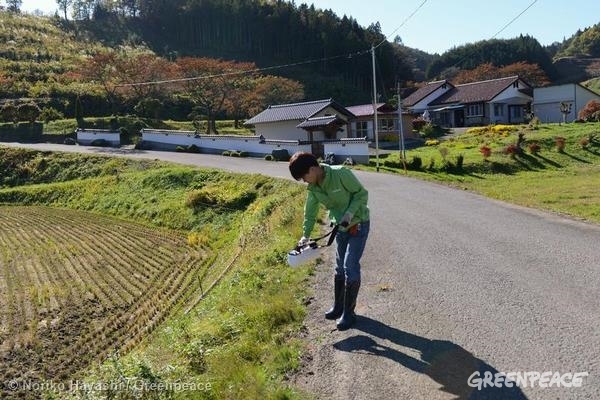 Geneva, 12 October 2017 – Fukushima survivor Mitsuko Sonoda will testify
today on the ongoing human rights abuses of Fukushima victims and the
ever-present risk nuclear power plants pose to the communities that live
near them at the United Nations Human Rights Council. She is presenting
evidence at the pre-session for Japan’s Universal Periodic Review – an
assessment of every nation by the United Nations Commission for Human
Rights.

Ms. Mitsuko Sonoda was forced her to flee her home in order to protect her
then 10-year-old son in the aftermath of the nuclear disaster in Fukushima.
Since then, she and other mothers have been standing up to fight for
themselves and their children.

“I want to tell the world we haven’t had our human rights respected since
the disaster. I don’t want this to happen to anyone else in any other
countries,” said Mitsuko Sonoda. “I know so many mothers who have been
suffering and struggling as a result of the nuclear disaster, because the
Japanese government and TEPCO won’t admit to their responsibilities.”

Despite residents’ opposition and the fact that there are areas in
Fukushima Prefecture that remain too contaminated for people to safely live
[1], the Japanese government has moved forward with lifting evacuation
orders and pushing for nuclear restarts.[2] Evacuees from  contaminated
areas that were not under a mandatory evacuation order lost housing support
in March 2017 [3]. In March 2018, former residents from those areas will
lose what remains of their compensation.

Since the Fukushima nuclear accident, the Japanese government and global
nuclear interest organisations such as the IAEA have sought to understate
the impacts of the disaster on the nuclear industry at the expense of its
victims [4].

“Although most Fukushima nuclear evacuees meet the criteria for
consideration as Internally Displaced Persons (IDPs), the Japanese
government has refused to acknowledge them as such and ignored
international frameworks for their protection.”[5]

Mitsuko Sonoda speaks today not only on behalf of herself, but for all
those impacted by the Fukushima nuclear accident and the Japanese
government’s response to it. Global nuclear interests have been involved in
influencing the Japanese government’s resettlement policies and what
happens to Fukushima impacted peoples has implications for all those who
are living near nuclear reactors the world over.

Greenpeace Japan is calling on the Japanese government to rectify the
issues with its troubled nuclear reconstruction policy and to respect
Fukushima survivors’ treaty-protected human rights, including ensuring
accurate and transparent information is accessible, survivors have the
ability to fully participate in policy decision-making that affects their
resettlement and health, and adequate continued compensation so people may
freely choose whether they will remain evacuated or return to their former
homes.