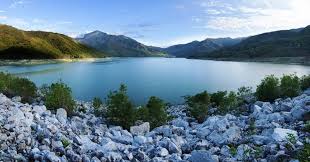 Members of the National Police and the Army of the Dominican Republic have been stationed at the entrance to the wall of the Sabaneta hydroelectric plant and the swimming area downstream from it, in the face of a large number of people crowding in frank violation of health protocols.

Hundreds of people drove in the afternoon to the municipal district of Sabaneta, 15 km away, to drink alcohol and bathe, due to the suffocating heat of the past few weeks.

The largest number of people who meet at the place do so at night, which makes the work of surveillance and orders by police and army agents more complex.

The commander of the Regional West of the National Police, Brigadier General Orison Olivence Minaya, confirmed the sending of members of the institution “in order to guarantee that the people who visit both places can guarantee the physical distance established by the protocols.”

Olivence Minaya said that seals have also been installed in all the swimming spots that exist in the three provinces that it is responsible for commanding, Azua, San Juan, and Elías Piña.

What is intended, he said, is to ensure that people who resist complying with what the Public Health authorities have established are detained.

Yesterday, the municipal authorities ordered the closure of the Francisco del Rosario Sánchez, Juan Pablo Duarte, Plaza Caamano, and the Arc de Triomphe parks, because they often fill up with people. At night, in these places, a strong vigilance is maintained by members of the National Police.