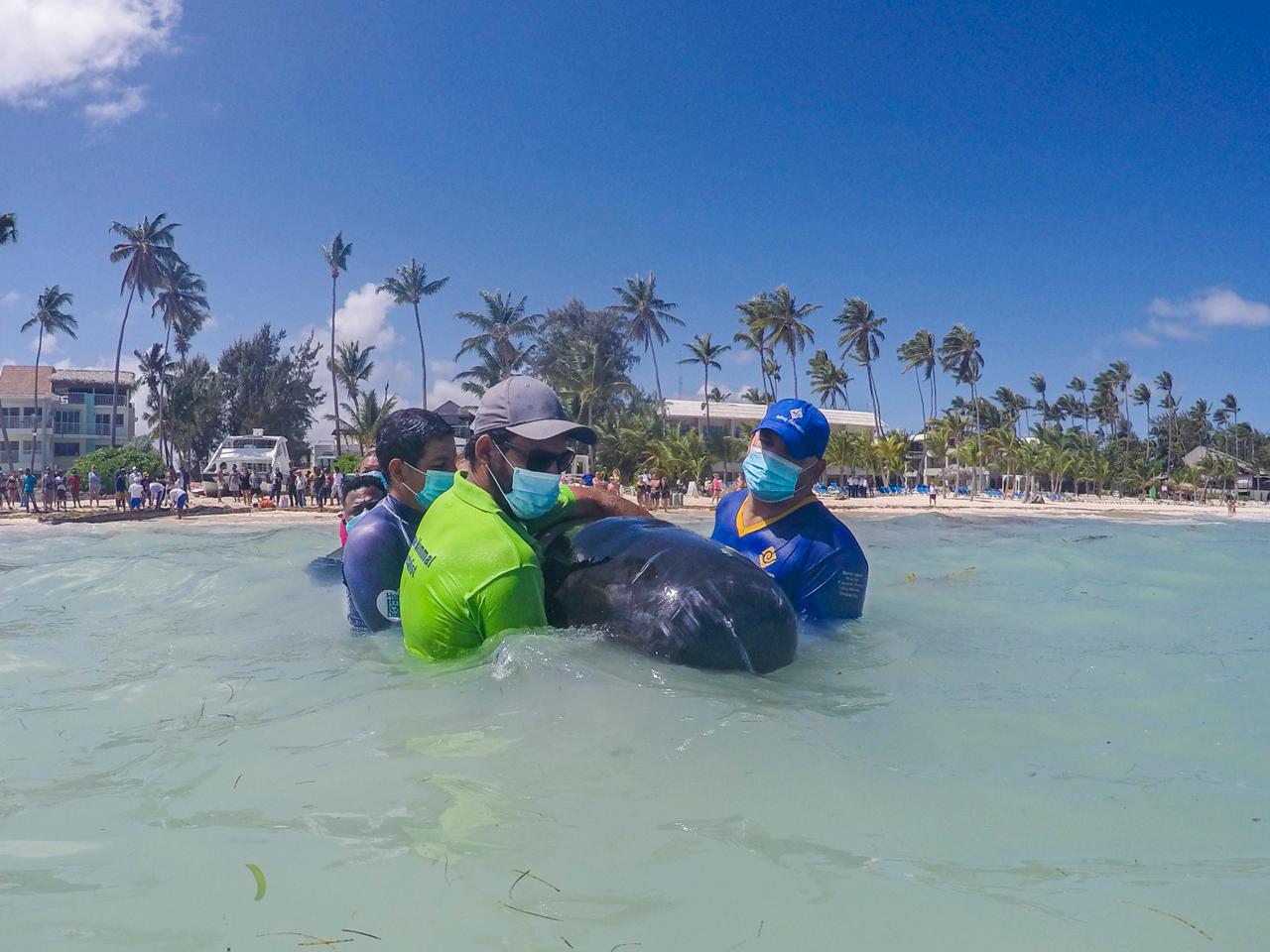 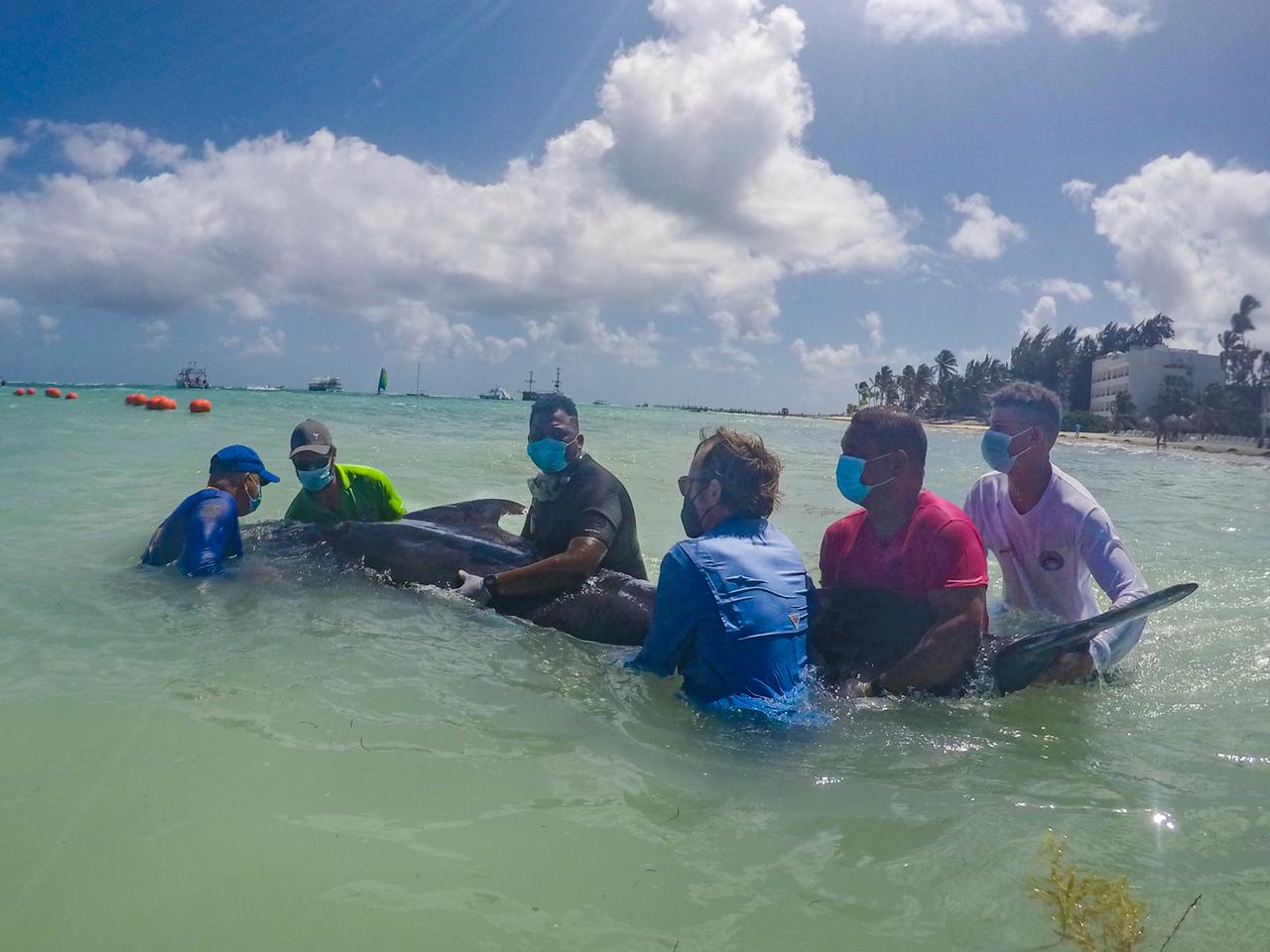 Punta Cana, Dominican Republic, March 3rd, 2021.- The team of Specialists and Veterinarians from Dolphin Discovery Punta Cana and Ocean Adventures, members of the family of The Dolphin Company in the Dominican Republic, assisted and reintegrated a cetacean known as Tropical Calderon (Globicephala Macrorhynchus) that had been stranded on a beach.

The whale was stranded yesterday morning on the beach ‘El Cortecito’, so the people who witnessed its arrival contacted the professionals of Dolphin Discovery Punta Cana, Ocean Adventures, the Department of Protected Areas and Natural Resources and the Dominican Republic Navy, who treated the whale keeping it calm and hydrated, gave it medicine and when it was strong enough, it was taken to the open sea, outside the reef barrier, to be reintegrated to its habitat.

“We believe that the cetacean crossed the reef barrier at high tide and when it went down, it could no longer return and was trapped between the beach and the barrier. That is why we had to move it to the open sea to reintegrate it into its habitat; where in fact, there was a group of this species that was probably the ones he was with before the incident”, said Christian Alvarado, Veterinarian of Ocean Adventures.

‘Rescue Team’ is the name of the team of Specialists and Veterinarians of The Dolphin Company that attends this type of calls from wildlife specimens that are in unfortunate situations due to situations such as predator attacks, contamination, lack of food, dehydration, among others.

Thousands of animals have been rescued, rehabilitated and reintegrated into their habitat thanks to the knowledge and intervention of the professionals of the Rescue Team and the authorities that take care of wildlife animals, giving them a second chance at life in all cities around the world where The Dolphin Company is present.