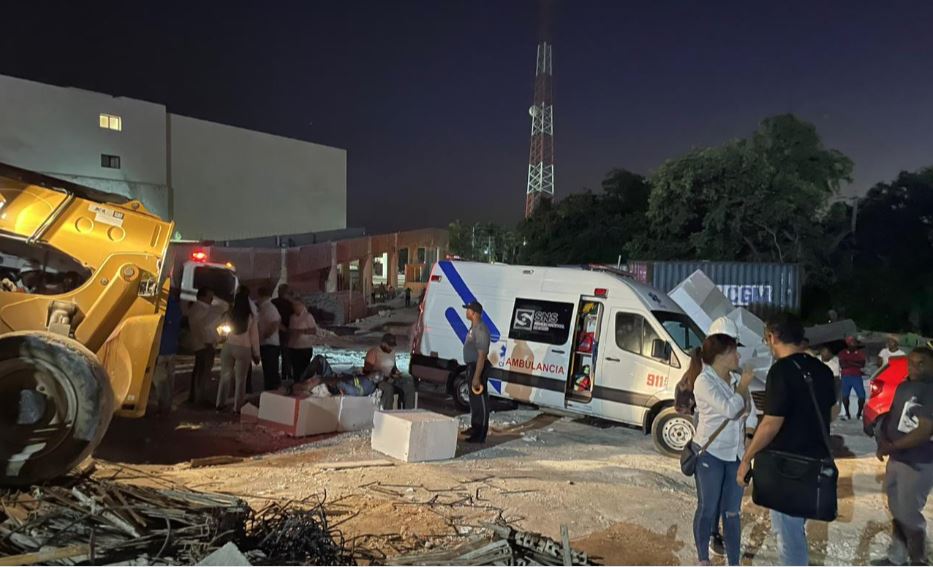 On Monday night, one person was killed and five others were injured when the roof of the Serenade hotel in Cabeza de Toro collapsed. The Verón-Punta Cana Department of Risk and Disaster Management (DGRD) reported this. The DGRD’s in charge, Bruno Benitez, identified the fatality as Julián José, 21, of Dominican nationality. And that he died after being transferred to a hospital after being rescued from the rubble. Furthermore, Benitez reported that five workers were injured. They were on the job site at the time of the incident. They all receive care at health centers in the area.

The rescue operation required the use of seven ambulances. Four of them work for the National Health Service (SNS), and three work for the private sector. The victim was helping other workers pour a concrete roof. Authorities reported five injuries in the collapse.

May Julian Jose RIP and the five others recover completely.

What actually happened to cause the roof collapse can only be a guess. It will be a combination of what was the strength and construction of the supports for the concrete form of the roof, how and where the poured concrete was being distributed, was equal weight load distribution during the pour maintained. Where was the weak point? Did somebody and/or machine accidentally hit and move a support?

Doubt there will be thorough investigation, sense the wagons are already being circled.

Hope this is not a case of rapid construction to meet the demands of more and more hotels being built.