Dominican Republic livestock production increases during the first half of 2020 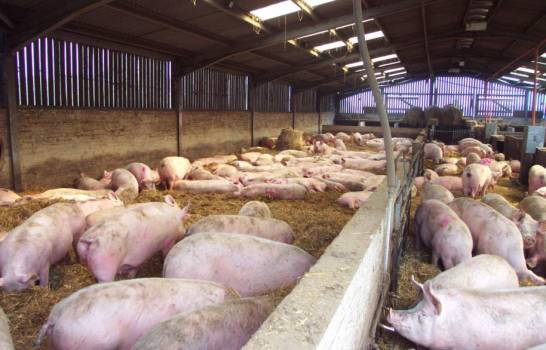 From January to May, 41.2 million kilos of pork were produced in the country, representing an increase of 10.4% compared to 2019. External source

The production of some foods of livestock origin in the country, especially beef and pork recorded an increase of between 2.5% and 22% during the first half of this year when compared to the same period in 2019.

Between January and June last, 3.2 million kilos of beef were produced in the country more than on the same date of the previous year, going from 29.7 million to 32.9 million kilos, equivalent to an increase of 10.7%.

According to figures from the General Directorate of Livestock (Digega), 41.2 million kilos of pork were produced during the same period, representing an increase of 10.4% compared to the 37.3 million kilos in the first half of 2019, a net increase 3.9 million kilos.

Similarly, honey production had a very positive first half of the year. Between January and June of this year, beekeeping collected 679,572 kilos of honey, an increase of 122,321 kilos compared to what was produced in the same period of 2019, equivalent to an increase of 22%.

Likewise, milk production enjoyed the same fate as other animal products, registering a slight increase during the first five months of the year.

From 360.6 million liters of milk produced in the country between January and May 2019, the figure rose to 369.8 million this year, an increase of 9.2 million liters, equivalent to 2.5%, according to Digega statistics.

In the first five months of 2020, the country produced about 74 million liters of milk per month, contrary to the 72.1 million liters that average in the same period last year.