From beekeeping adventure to organic honey exporter to the U.S. 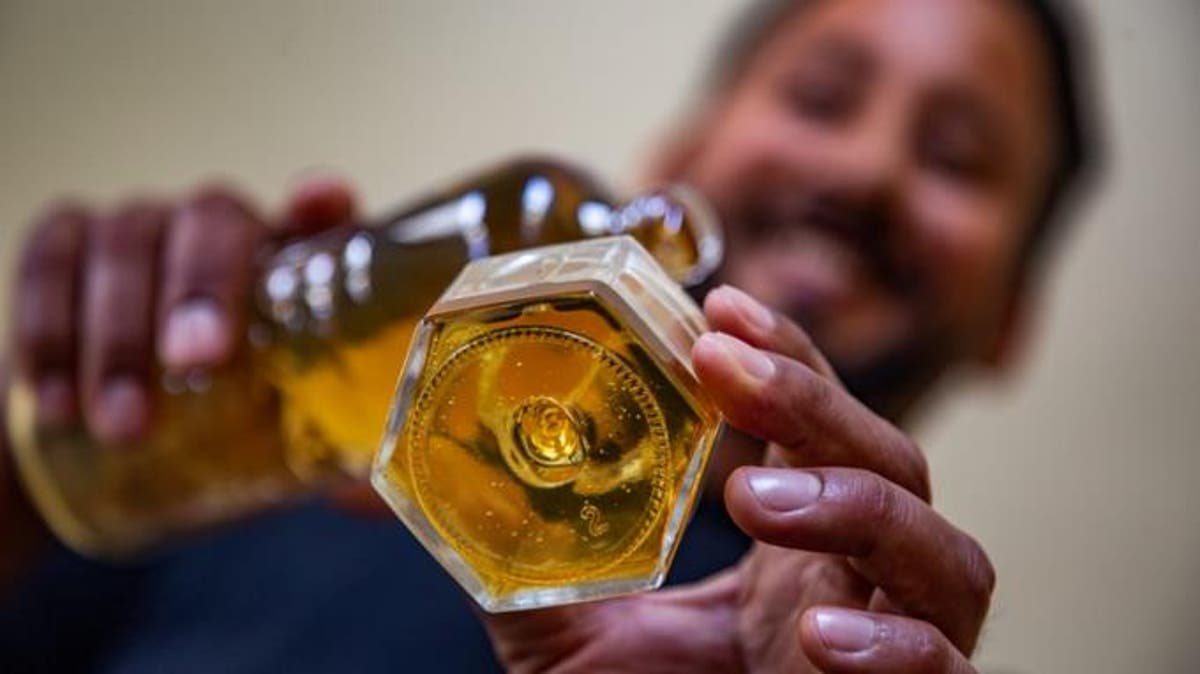 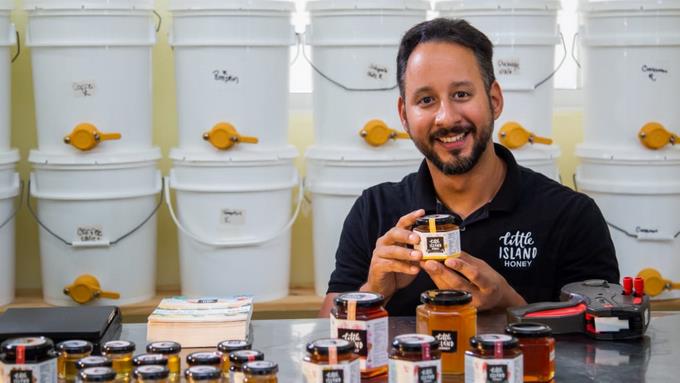 Jonatan De Peña was a seminarian and priest, teacher and merchant, and now honey exporter to the U.S. market and consultant to a large beekeeping company.

Jonatan De Peña is a native of Constanza. A connoisseur of literature and philosophy, he was a teacher at the Unibe University.

Now 33 years old, he remembers that he left home at 12 and became a seminarian and then a priest for eight years. His independence led him to establish his first business with a mini-market together with two brothers. But his idea kept turning around, and he went on to become a teacher at Unibe.

He was not at ease. What began as a “hobby” when he started to dabble in beekeeping and began to waste time and money because he did not have the necessary knowledge led him to study the subject in La Florida.

Today, De Peña, who began in 2009 to produce organic honey in his apiary under Miel del Edén, later formed Little Island Honey, a family business created in 2014. It exports honey in bulk, but its processed product also goes to the U.S. market with fresh and natural ginger, coffee, orange, Ceylon cinnamon, moringa, chocolate, and other flavors.

Miel del Eden started and continues in Punta Cana and will soon be available on the Amazon platform. The Little Island Honey brand has gained tremendous acceptance because it does not contain any pesticide, so it preserves the properties of honey and those of the natural spices added to them.

Like other entrepreneurs in the Dominican Republic, Jonatan exhibits a wide range of natural products gaining great acceptance in the U.S. market and in the demanding European market, which has a solid preference for organic products.

Commercial activities developed from an idea and the commitment to produce with high quality open a window of opportunities for young Dominican entrepreneurs who see today a strong ally on the Internet to carry out e-commerce activities through Amazon and various social networks to publicize their products.

Process
For the sale of classic raw honey and infused with natural spices, they use a cold method invented by them since it is a family business.

Jonatan reiterates that his company offers raw honey, free of pesticides, liquid, and without sediments. Due to the variety of flavors, customers can use their products in almost all meals and drinks consumed during the day, special festivities, gifts, among other uses.

One of the best aspects of their enterprise is that they contribute to the conservation of a vital species for life on the planet, such as the bee.

“We directly support Dominican producer communities that love their products as much as we do by making them our suppliers par excellence. Little Island Honey contains the same quality and love that characterizes us, in reusable and practical glass containers that do not harm the environment and thus contributing our grain of sand to the world,” says Jonatan.

2009
Jonatan De Peña states that the family business he operates started a beekeeping venture with his savings in 2009.

2019
What started as a hobby is a company that has won national and international competitions, such as the NSA Fair in NY.

2021
They export to the United States, and soon it will be possible to buy honey on the website and Amazon.