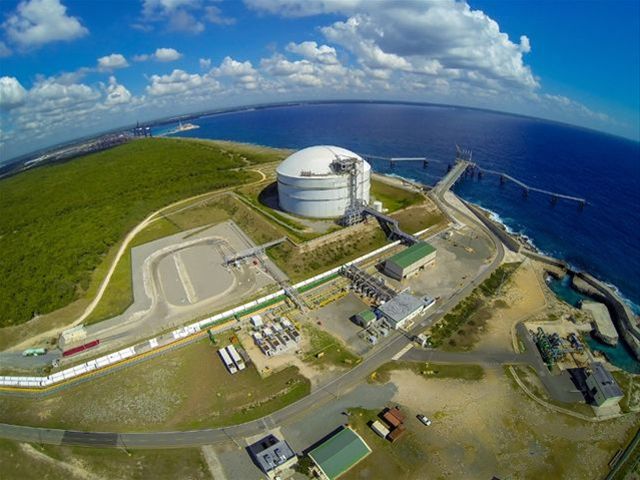 Arlington, Va. and Paris, France –(Businesswire)–ENGIE and AES Andres DR,S.A. (AES Andres), a subsidiary of The AES Corporation(NYSE:AES), have agreed to enter into a binding joint marketing agreement forliquefied natural gas (LNG), effective immediately for a period of up to 12years. The partnership will combine ENGIE and AES’ strengths to foster growthin LNG and natural gas sales in the Caribbean.

ENGIE and AES Andres will jointly market 0.7 milliontonnes per annum (mtpa) of LNG. The objective is to provide a cleaner and morecost-effective alternative to oil-fueled power generation, while satisfying agrowing need for natural gas in the region. The agreement will pave the way tosupply industrial customers and develop small scale demand.

Under the agreement, ENGIE will manage its commitmentto deliver up to 0.7 mtpa from its diversified LNG portfolio, primarily via itssupply from the Cameron gas liquefaction project in the U.S., expected to comeon line in 2018. AES Andres will provide access to its regasification asset inthe Dominican Republic, which has an annual capacity of approximately 1.5 mtpa.

This partnership further strengthens the two groups’relationship following the signing of a supply agreement earlier this yearbetween ENGIE and Gas Natural Atlántico, an affiliate of AES in Colón Panama,under which ENGIE will provide up to 0.4 mtpa of LNG at Panama’s Costa NorteLNG terminal beginning in 2018.

Philip Olivier, CEO of ENGIE GLOBAL LNG declared, “We are delighted to initiate this new partnership with AES,which has an attractive existing platform for LNG import. This agreementunderlines the value that ENGIE, as a major LNG player, can bring to utilitiesand end users such as AES through its LNG portfolio, its access to the globalLNG markets, and ultimately its know-how in packaging natural gas as a flexibleproduct that responds to its customer needs.”

“We are proud of our leadership in bringing LNG to theDominican Republic and the Caribbean, and are happy to partner with ENGIE toprovide a competitive and reliable source of LNG by leveraging ENGIE’s LNGposition and our existing infrastructure,” said Manuel Perez Dubuc, presidentof AES Mexico, Central America and the Caribbean.