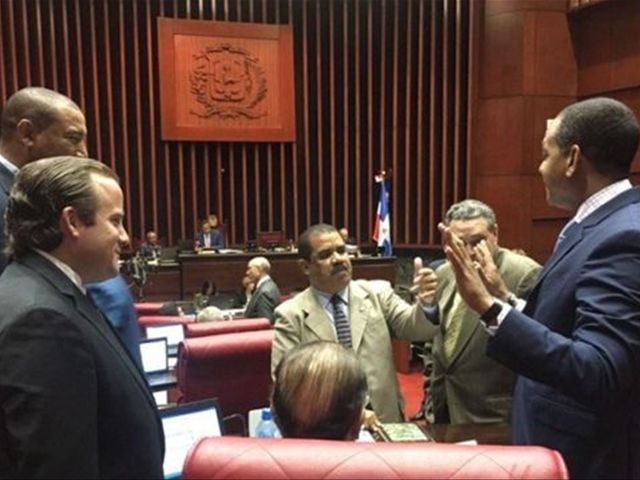 Santo Domingo.- A failure to reach consensusbetween ruling party senators is delaying the acceptance of the observationsmade to the Law that modifies the Penal Code, concerning the decriminalizationof abortion in certain extenuating circumstances.

The chairman of the special senate commissionthat is studying the observations that president Danilo Medina made to thecode, Rafael Calderón, acknowledged Wednesday that some legislators would notbe voting in favor of the president’s proposal.

Despite the fact that the commission, whichis made up of senators José Ignacio Paliza, Félix Nova, Pedro Alegría, AmarilisSantana, Juan Orlando Mercedes, Amable Aristy Castro, Julio César Valentín andLuis René Canaán, stated earlier this week that it planned to issue a favorablereport in response to president Medina’s observations, the matter has beenshelved during all of the sessions held since the extraordinary legislature wascalled by means of a presidential decree.

Ruling party senator Euclides Sánchez admittedthat the extraordinary legislature had not been able to deal with the matterbecause "it is a very thorny issue."

PRSC legislator José Hazim Frappier said thatthe lack of consensus among ruling party legislators had meant the case couldnot be discussed. He stated his intention to vote against the president’sobservations.

In early January Medina called both chambersback to work early for a 30-day extraordinary legislature which is scheduled toend next Monday.

Medina made his observations to the PenalCode that was approved by the National Congress for penalizing terminations ofpregnancy without any exceptions.