Free-Trade Zones in the Dominican Republic, an engine for competitiveness and jobs: World Bank 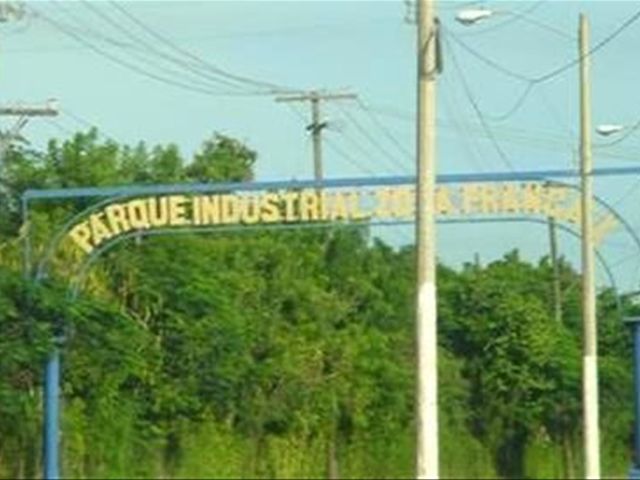 Santo Domingo, February 22, 2017. – A newreport presented today by the World Bank suggests a series of policies designedto strengthen free-trade zones in the Dominican Republic as a path towardsustainable and inclusive economic growth, and its effective use in order toattract foreign direct investment and generate better-qualified and better-paidjobs.

“The Dominican Republic is one of the globalpioneers in the use of free-trade zones. This diagnosis identifies the threemain challenges on the path to a more competitive and inclusive sector: theimpact of the productive transformation of free-trade-zone in job creation; thelevel of attraction for competitive international providers; and the level oflinkages with domestic companies,” said Cecile Fruman, Director of the WorldBank’s Global Trade and Competitiveness Practice.

The report “Free-Trade Zones in the DominicanRepublic: Policy Considerations for a More Competitive and Inclusive Sector”underscores that, currently, free-trade zones generate 140 thousand directjobs, most of them low-skilled ones. Because of this, and in view of the growthof more sophisticated industries requiring a more skilled workforce, priorityshould be placed on the development of support programs for labor adjustment,as well as improving workers’ capacity, women in particular.

“Free-Trade Zones in the Dominican Republichave been and continue to act as growth engines for the country. To supportinclusive growth the consolidation of this modeldepends essentially onfacilitating the transfer of knowledge and technology between free-trade zonescompanies and the rest of the economy,” said Alessandro Legrottaglie, WorldBank Representative in the country. “This report complements the Policy Notespublished by the World Bank Group in supporting Government efforts to achieve asustainable and more inclusive growth by expanding economic and social opportunitiesfor all Dominicans.”

The report highlights that starting in 2009,a certain recovery in activities has been observed in these zones. However, inthe last decade a growing dependency on imported inputs can be seen.Simultaneously, the resurgence of more sophisticated manufacturing processeshas resulted in more complex value chains, increasing the amount of productionstages present in the country. Currently, the creation and optimization ofbackward linkages among local companies present in free-trade zones is one ofthe priority issues.

“Competitiveness is a priority for thecountry. The IFC believes that SMEs are key for development, as they are themain generator of jobs and a great potential for growth. It is important toimprove their capacity in order to incorporate them into Free-Trade Zoneproduction chains, therefore boosting competitiveness and the development ofthe local economy,” said Guillermo Villanueva, IFC chief in the country.

The country has moved forward through theimplementation of pilot programs aimed at increasing productive linkages since2015. At the same time, an agreement has been established with six public andprivate institutions that will work on designing policies to connect localcompanies with the ones located in free-trade zones. These efforts are on the righttrack and must be continued and strengthened. In the medium term, a rigorousimpact evaluation of backward linkages programs should be implemented.

The report suggests interventions in threeareas:

Promoting domestic linkages by eliminatingbarriers restricting the capacity of domestic companies to import and thecapacity of free-trade zones to supply to the national territory; providinggreater connectivity between domestic suppliers and attracting competitiveinternational providers.

Development of labor adjustment supportprograms, including training in news skills sought after by free-trade zonecompanies and job search assistance.

Improve the general framework for trade andForeign Direct Investment competitiveness with a focus on a national export andan export and investment strategy coordinated and approved by the variouspublic and private agents involved, along with an empowered export promotionagency (CEI-RD).