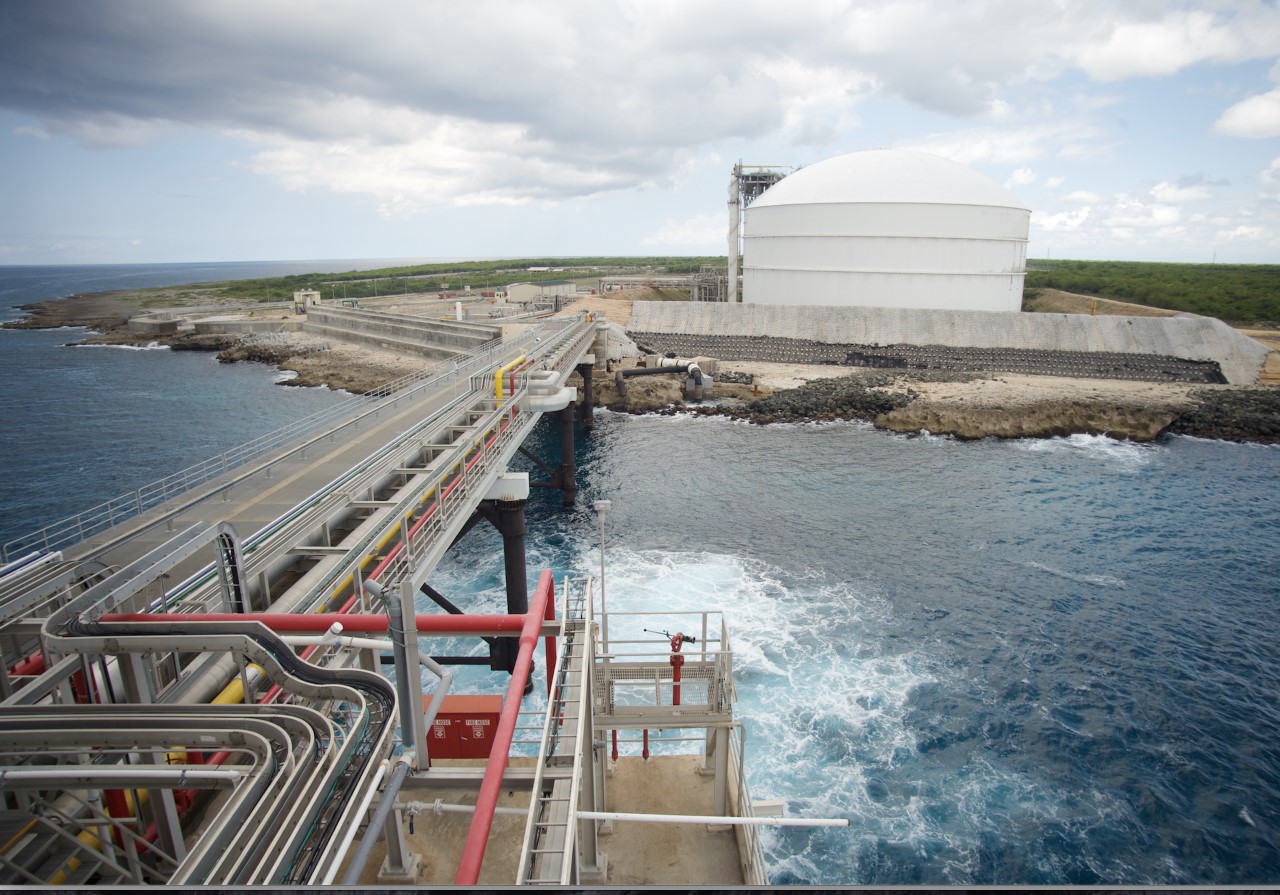 De los Santos said the agreement “represents an important milestone for the country’s positioning as the Caribbean’s most geographically strategic distribution center toward the rest of the greater Caribbean area, and aligned with the public-private alliance growth strategy that should exist to achieve successful businesses, especially in matters of energy.”

The LNG will be loaded at the LNG truck loading facility and transported via ISO containers, said George Nemeth, Director of LNG Marketing for AES Dominicana.

The agreement between AES Dominicana and BNOCL is the first term agreement to be executed by AES Dominicana with a country neighbor. In addition to distributing LNG via ISO containers, AES will also transport LNG via small bulk carriers following the successful modifications at the AES Andres LNG terminal in January 2017.

At the beginning of this year, AES Dominicana completed construction of the new AES Andres Marine Facility, with an investment of US$9 million, which consisted in adapting the existing LNG reception terminal into an export terminal for ships as small as 10,000 cubic meters.

For smaller scale customers, AES will load LNG into ISO tanks at the liquefied natural gas truck terminal so that fuel can be delivered by container ships to neighboring countries. AES has performed more than 35,000 small scale cryogenic loadings without a single safety incident since it began operations seven years ago.

2017 and a vision of clean energy and innovation

The commissioning of the AES Andres marine facility is one of the projects AES Dominicana had in its portfolio and joins the large-scale battery energy storage array system at AES Andres, Itabo and DPP, first and only in the Dominican Republic and the Central American and Caribbean region, which consists of installing around 30MW to contribute to the stability of the interconnected electrical system (SENI) and continue with the injection of more efficient energy into the system. The DPP combined cycle will also start operations, which will inject an additional 114 megawatts of clean energy.

As to renewable energy, AES has commissioned 3.5 MW, through two solar projects in AES Andres and Itabo and two projects of micro hydraulic turbines, to maximize the injection of clean energy into the SENI.