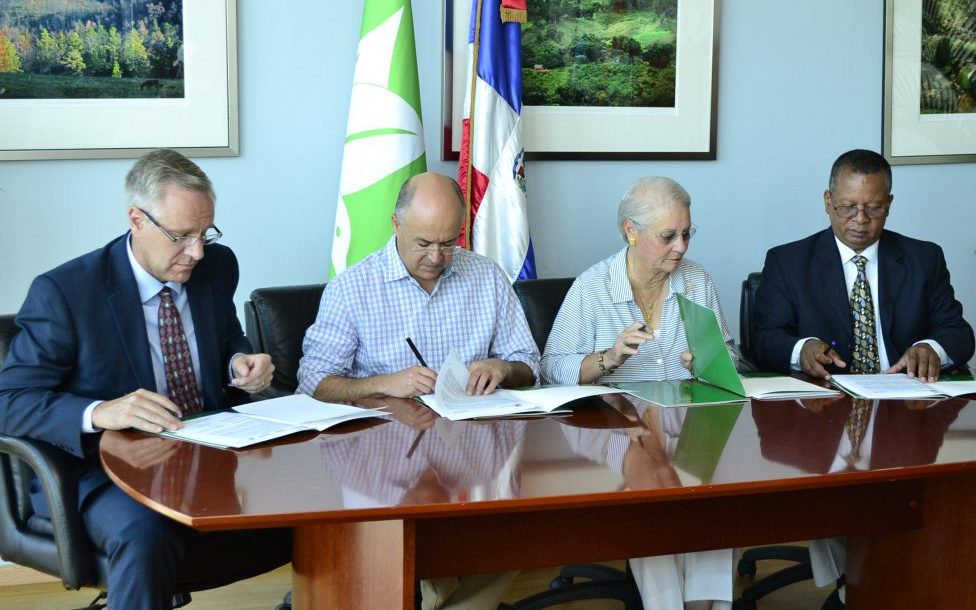 The zones were identified as areas of aggregation or breeding sites in coordination with the Dominican Fisheries and Aquaculture Council (CODOPESCA), while area fishermen agreed not to extract fish or shellfish to ensure the sustainability of their livelihoods.

One of the agreements, with The Nature Conservancy, aims to protect the natural resources, with plans to facilitate conservation projects; stronger technical capacities; the consolidation of strategies to adapt to climate change, reduce risks from natural phenomena, conduct scientific studies, develop strategies for sustainable fishing, and water security by protecting water-producing ecosystems.

“Bajo Yuna is an extensive subtropical coastal wetland, located in the bay of Samaná with estuary characteristics, predominance of mangroves and many water courses. Meanwhile, the Lower Yuna Manglares National Park was incorporated as a national park into the National System of Protected Areas (SINAP) through Law 202-04 Sectoral of Protected Areas and, on February 2, 2013, was designated as the third Wetland of International Importance of the Dominican Republic and inscribed in the Ramsar list,” the Resolution says, adding that its 110 km2 surface is closely linked to Samana Bay, home to 30% of the country’s fishermen.