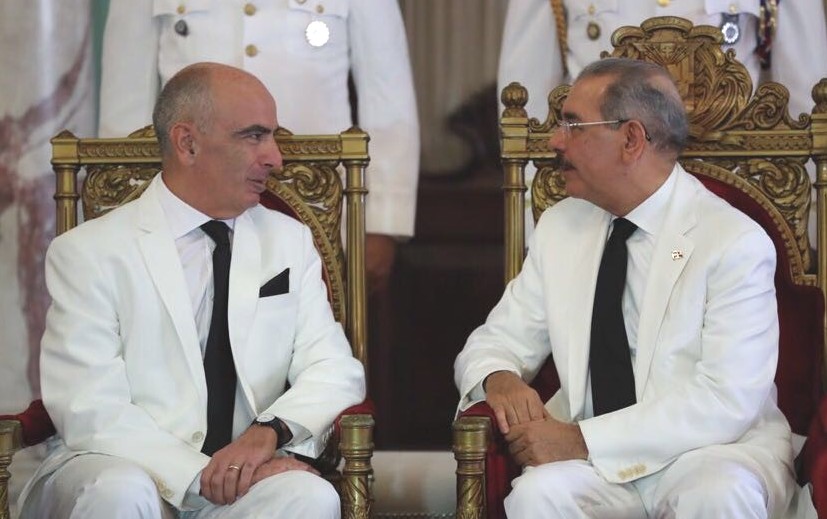 Santo Domingo. – The European Union’s (EU) new ambassador to the Dominican Republic took office on Thursday after presenting his credentials to president Danilo Medina in a National Palace ceremony.

Gianluca Grippa said held a private conversation with Medina on topics of mutual interest prior to the ceremony.

“The European Union has maintained a relationship of cooperation and friendship with the Dominican Republic for over 25 years. Our presence in the country focuses on strengthening the state and democracy, on trade relations, protection of human rights, fight against climate change, etc. My goal during these four years is to maintain and strengthen those ties that unite us,” the diplomat said in an emailed statement.

Foreign minister Miguel Vargas, adjunct ambassador Pedro Gómez, European Union officials Dolores Romeo and Agnieszka Osiecka, and José Izarra, among others, were also present in the ceremony held in the Hall of Ambassadors.