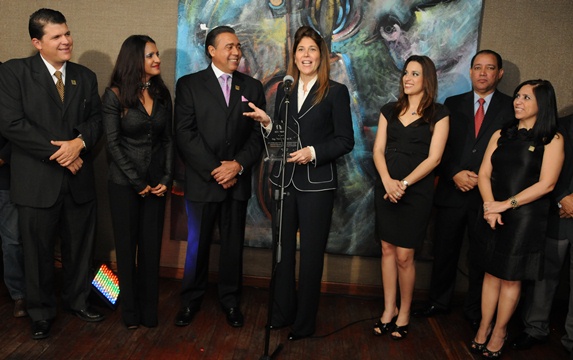 “It is true that the rains’ effect impacts construction, because you cannot work in the rain and all these days it has been raining, I imagine that they refer to the beginning of the year that the rains have been constant,” she said.

The Central Bank’s recent figures on the economy’s performance last year explains the remarkable recovery of an activity with strong multiplier effect in generating wealth and jobs such as construction grew 15.2% in the last quarter of 2017, after a slide in the second quarter, for which the sector’s accumulated growth from Jan. to Dec. was 3.7%.

Gastón said however that as to the increase in prices of construction materials it’s true that there have been increases that have impacted the businesses “depending on the level of implementation” of each project.

“Steel went up because China is not exporting, it’s consuming its production and therefore that raises the steel components, and cement went up, although they say it was 10% but cement really rose by nearly 21%.”