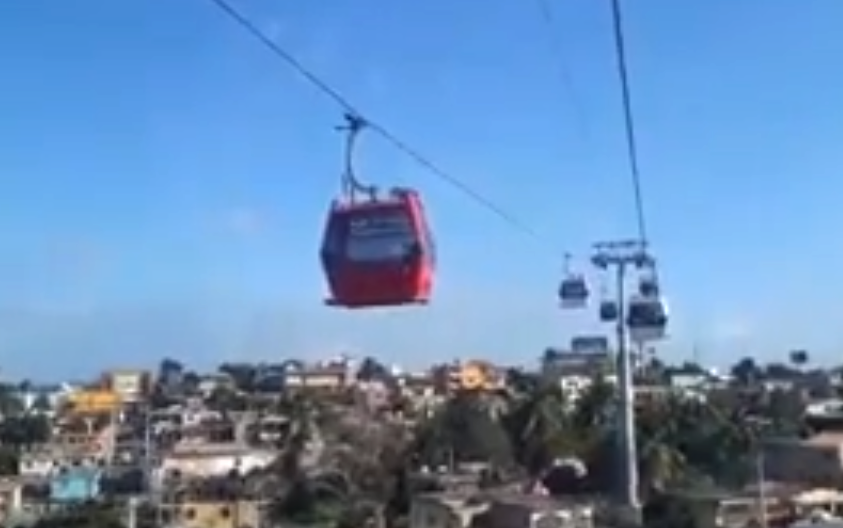 Medina arrived in the Sabana Perdida cable car station at 9am, and immediately boarded one of the cabins, accompanies by several officials.

The mass transit system, which is linked to the Santo Domingo Metro, is set to start operations this year.