Agriculture starts ban on whitefly host crops in the South 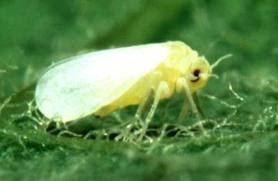 Santo Domingo.- The Agriculture Ministry on Wed. initiated the process to eliminate the crops in over 1,000 hectares which host the whitefly (Bemisia tabaci Genn) in the South and Southwest regions.

It emerged that Agriculture minister, Osmar Benítez, offered his firm support of the ban on the host crops

Industrial tomato producers participated in a meeting in Azua’s Agriculture Office, where resolution 2018-45 ordering the ban was enacted.

The ban in the South region in effect until Sept. 30 includes hundreds of hectares of host crops, said Agriculture deputy minister Leandro Mercedes said in a statement. “The farmers must make their contribution, so that together with the local authorities and the organizations of producers, let’s make a successful ban.”