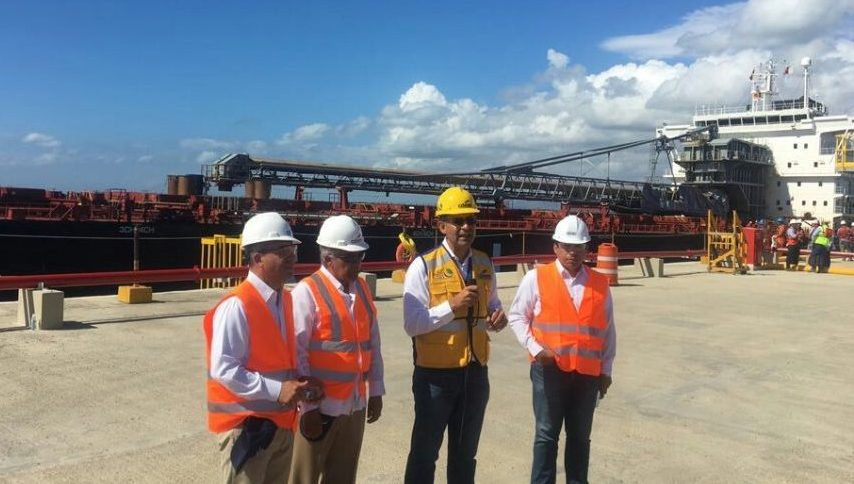 Santo Domingo.- The CEO of the State Electric Utility (CDEEE) on Mon. said the first 38,516 metric tons of coal that will be used to synchronize and test the first unit of the Punta Catalina Power Plant arrived on a ship today.

Rubén Jiménez Bichara said the fuel was shipped by Xcoal Energy & Resources, which won the tender to supply the 642,000 metric tons of coal for Punta Catalina, whose output is 376 megawatts.

He said a second tender will be held to buy 788,000 MT of coal in the coming days for use by the second generator in its trial period, also in the beginning of next year.

“We are receiving the first of several shipments of coal that will be arriving until next April,” said the official.

“It is a milestone with a double meaning, since in addition to the mineral coal for the plant, we are opening the deep draft port that accompanies this energy park.”