Dominican agricultural sector wants to declare emergency, due to the drought 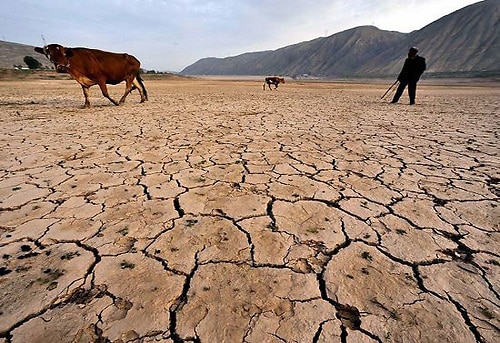 Rivero described the situation as “terrible” for a region where most municipalities are agricultural producers, “everything is drying up,” crops are being lost, among them, those of organic bananas, one of the main items exported, although at the moment it does not count on figures of economic losses.

Santo Domingo (EFE) .- The agricultural producers of the Dominican Republic will formally request the Government to declare the emergency in the areas most affected by the drought, where the crops are drying up, and the livestock has begun to die, after months without rain to alleviate the agostamiento of the field.

This was confirmed on Tuesday by Efe, the president of the National Confederation of Agricultural Producers (Confenagro), Eric Rivero, who pointed out that tomorrow this formal request will be made to the authorities, given the situation suffered by the northern and southern regions but, on all, the northwest line.

Rivero described the situation as “terrible” for a region where most municipalities are agricultural producers, “everything is drying up,” crops are being lost, among them, those of organic bananas, one of the main items exported, although at the moment it does not count on figures of economic losses.

Also, between 150 and 200 head of cattle have already died, and milk production in populations such as Santiago Rodríguez, which represented 120 million pesos per month (about 2.4 million dollars), has been reduced to 35% of what It is usual, explained the president of Confenagro.

Seeing the conditions in which the field is “heartbreaking,” they are experiencing “very difficult” moments, he said. Hence they will request an emergency declaration in the most affected areas, as the measures that have been put in place Government are not enough to alleviate the situation.

The authorities launched an emergency plan on the northwest line last Sunday that includes measures such as the delivery of food rations in the communities most in need, the distribution of molasses to feed livestock, and the shipment of tankers to supply water to the population and agricultural producers.

However, Rivero considers these and other actions insufficient and draws attention to the fact that, although it is the most affected, not only does the Northwest line need help, also in the south and in the north, they are suffering the consequences of lack of rainfall.

For starters, it would take more trucks carrying water, more sugar cane for livestock, and more facilities for small producers, for whom “it is difficult to transport what is necessary to save the cows,” he said.

He also noted that the state’s investment in the construction of dams and aqueducts “has been paralyzed” in recent years, and is considered necessary to create more infrastructure for the collection of water, something that would not only help to alleviate the drought but would improve the problem of lack of electrical power, he said.

The National Office of Meteorology (Onamet) last week declared a state of drought in the south, southwest and northwest regions of the country due to the continuous deficit of rains in these areas.

From January to November 2018 there was a drought classified as weak to severe; and in December the country had a general balance of rainfall, 58.2% lower than average values.

The situation continued in January, a month in which 84% of the measurement stations analyzed showed some degree of drought, with the most alarming negative balances being those of the southwest (-98.3%), Northwest (-85.8%) and south of the country (79.4%).

An additional problem, and derived from the lack of water, is the presence of a plague of the pine beetle (Ips calligraphus) in the Sierra de la Cuenca del Rio Yaque del Norte, an area that is suffering the most intense drought it has sustained on record.

This insect lodges under the bark of the tree and dries it quickly, especially during periods of prolonged droughts, when the trees are weak and can not produce resin to defend themselves, so that, although it is also acting to end the plague, the lack of water also endangers one of the most important natural areas of the country.