Central Bank: Dominican Republic is among the countries with the lowest depreciation of its currency 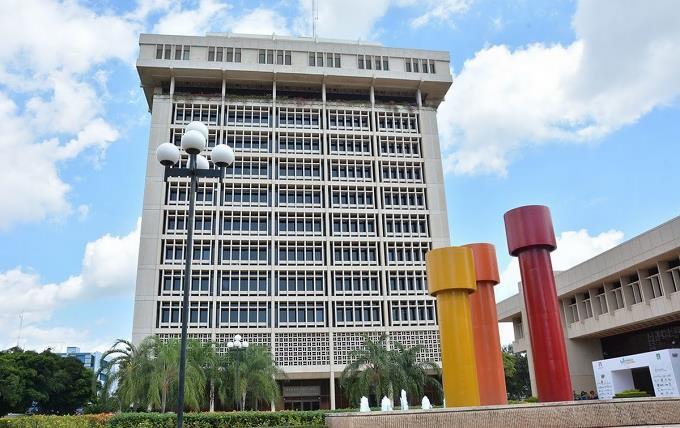 The Dominican Republic is among the countries with the lowest depreciation of its registered currency from the close of December to May 13, 2020, compared to its peers in Latin America, Central America, and the Caribbean, the Central Bank (BCRD) reported yesterday in a statement.

The entity highlights that at the end of 2019, it managed to accumulate international reserves at historical optimum levels, starting the year with reserves of around 10% of GDP, equivalent to US $ 8.8 billion. As of May 13, 2020, they amount to US $ 8.6 billion. This availability of reserves has allowed the Central Bank to participate in the currency buying and selling market, injecting the market with the amount of US $ 1,928 million through its Electronic Currency Trading Platform.

He adds that it has deployed a comprehensive strategy of intervention, making available to the various market instruments, both in the spot market ( spot ) and future ( forwards ), thus facilitating economic agents to organize their currency purchases and future. And at the same time, offering mechanisms that cover their expectations of exchange risk typical of events of high uncertainty such as the one we are experiencing in the face of the spread of COVID-19.

“The actions of the Central Bank have contributed to maintaining the flow of the North American currency in the economy in this adverse environment, with which the private sector, mainly the priority sectors (supermarkets, agribusiness, food in general, pharmaceuticals, health, and energy), have been able to operate without major setbacks,” indicates the note.

It adds that, in parallel, through coordinated efforts with local banks, the participation of the BCRD has allowed it to take advantage of the liquidity in foreign currency that banks maintain abroad to support the supply of foreign exchange in the market in the face of episodes of high demand.

Clarifies that financial institutions maintain a positive net position in foreign currency and have wide availability in dollars that exceed US $ 1.9 billion, which is healthy and indicates that banks can match their liabilities in foreign currency. Therefore They do not require hoarding foreign exchange from the market.

At the same time, the central bank called on the private sector and the general public to act with prudence and patience, taking into account that the Dominican economy is not isolated from the events that occur in the rest of the world.

“The Central Bank calls for maintaining confidence in the fundamentals of the Dominican economy and credibility in the Central Bank, which, as usual, remains vigilant in the face of events that could impact the achievement of its inflation target and the orderly behavior of the exchange market. It makes available all the necessary tools to keep anchored the expectations of economic agents and the general public,” the note indicates.

The entity reaffirmed that it maintains its commitment to the Dominican people to foster a climate of certainty that is needed today more than ever to adapt the conditions that allow the country to overcome this adverse and unfortunate situation that humanity is experiencing.

“Confident that once we overcome this health crisis, we will be able to continue betting on the growth path of the Dominican economy in an environment of macroeconomic stability,” the statement said.

The country maintains a good rating

The BCRD also highlights that although several countries in the region have experienced reductions in their credit ratings as additional collateral damage caused by the negative shock the world faces in the face of the pandemic, the Dominican Republic has been a major exception.

“In its most recent report, the Fitch rating agency reviews the country’s credit outlook from stable to negative without changing our rating, making points that invite caution in the international scenario we are experiencing. At the same time, it maintains a signal of confidence in the Dominican economy,” he specifies.

He adds that according to the opinion of various internationally renowned investment banks and important local investors, the Dominican Republic continues to be an attractive investment destination that has distinguished itself by maintaining a climate of political stability. It also has robust economic growth with low inflation, the strength of its currency, and the absence of significant imbalances, both external and fiscal.

“All these conditions contribute to consolidating a healthy macroeconomic environment that allows anchoring the expectations of investors in the medium and long term,” predicts the BCRD.