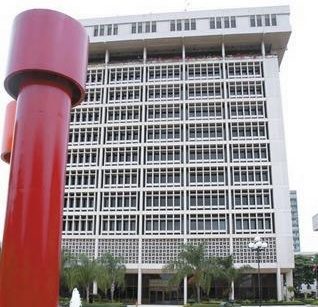 Governor bets on the future with optimism, giving priority to employment and income of the population

The Governor of the Central Bank of the Dominican Republic (BCRD), Héctor Valdez Albizu, considered that despite the crisis caused by the coronavirus pandemic, the foundations of the Dominican economy remain strong and will play a front-line role in getting back on track. growth with stability.

“The fiscal stimulus measures that are being applied will allow the country to continue its trajectory of sustained growth and low inflation, preserving macroeconomic stability,” said Valdez Albizu on an Open Page of the financial entity.

Valdez Albizu pointed out that the provisions of the Executive Power such as social distancing, the suspension of operations in non-essential activities, the closure of borders by air, sea, and land, the implementation of the curfew and the adoption of restrictions on public transport Although they have been necessary to preserve people’s health and avoid saturation of the health system, they have significantly affected economic activity, causing the temporary closure of productive sectors, job losses and the deterioration of companies’ sources of income and homes.

The Governor of the Central Bank stressed that a crucial aspect for domestic prospects is the behavior of the economy of the United States of America, the main trading partner of the Dominican Republic, valuing that this economy registered growth in the first quarter of 2020 of 0.2 % in year-on-year terms and that its unemployment rate fell from 14.7% in April of this year to 13.3% in May 2020.

Valdez Albizu added that given this scenario in the United States, remittance income in the Dominican Republic increased year-on-year by 17.9% during the month of May, reversing the negative trend in the months of March and April.

In the month of May alone, Dominicans in the diaspora sent some US $ 638.7 million to the country, almost double the remittances received in April, accumulating some US $ 2.7 billion during the first five months of the year, according to the representative of the financial organization.

He added that these elements of the external sector, together with the dynamism of private credit, will help the Dominican economy return in the short term to the levels of expansion registered prior to the pandemic, which would allow it to close 2020 around neutral growth. (0.0%).

“I am convinced that, on this occasion, the rebound of the Dominican economy will be rapid, provided that we manage to comply with the official measures that seek to mitigate the health problem and comply with the protocol defined by the government and the productive sectors for the development of the economic activity. In this way, we will avoid a second wave of infections and significantly increase the probability of gradually, but firmly, returning to our growth potential by 2021,” Valdez Albizu reported.