Gold, about to exceed its historical maximum and with more upward trajectory 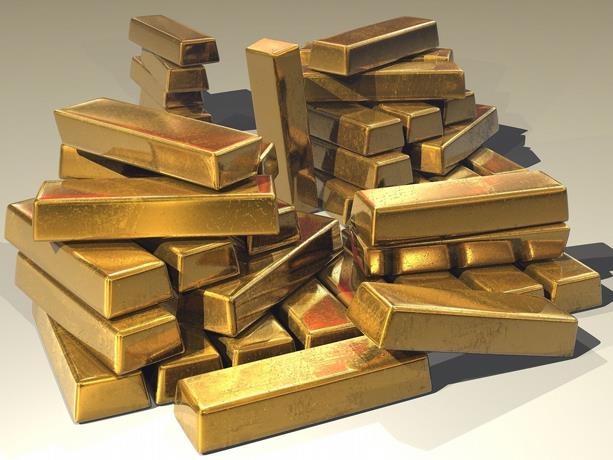 Madrid
Gold, one of the safe-haven assets in times of uncertainty, has exceeded $ 1,900 per ounce and is one step away from exceeding its maximum historical price, reached in 2011. However, experts believe that it is still on the upside and that it could reach even up to $ 2,200.

Experts consider that several factors are driving the rise in the price of metals such as gold. These include the uncertainty experienced by the market due to the coronavirus epidemic, the tensions between the United States and China, and the monetary policy applied by central banks, which continues to push interest rates towards adverse terrain in an attempt to stimulate the economies most affected by the COVID-19 crisis.

In this sense, the director of Raw Materials at Vontobel Asset Management, Michel Salden, ensures that investors are turning to real assets en masse, turning their backs on a fixed income, which is marked by negative returns after this action by the monetary institutions.

The analyst also states supply restrictions due to the confinements caused by the coronavirus result in a limited supply of metals, leading to an increase in its price.

For the analyst, the rise in gold and other metals such as silver and copper are not the fleeting signs of an ephemeral force, but rather the symptoms of a positive long-term trajectory.

From Naxitis IM, they also attribute this excellent performance of gold to the fact that, at present, the interest rates and yields of a large part of fixed income tend to zero or even negative, so investors are beginning to take this metal as a resistive element for wallets.

From those moments until today, gold has appreciated by around 70%.

“The rise in gold is due to fear and uncertainty about the coronavirus,” says Morín, who predicts that the trend for the metal will continue to be bullish, since, in his opinion, the tensions between the US and China ” they are also fueling the flight to refuge assets a lot. “

Morín expects gold to exceed $ 1,950 per ounce by the end of the year, although, from Vontobel, his analysts see it possible to rise above $ 2,200.

Also, the XTB analyst Joaquín Robles attributes the sharp appreciation of gold to the increase in the “many sources of tension and uncertainty” in the market, such as the economic outlook after the pandemic and US-China trade tensions.

“This has made investors again seek refuge in assets such as gold,” he concludes.

However, in March, as the coronavirus epidemic broke out in Europe, the price came to drop below $ 1,500 as investors opted for full liquidity.